Pope Francis greeting faithful during his weekly general audience, in the Paul VI Hall, Vatican City, on Aug. 03, 2016.
L'osservatore Romano Press Office/EPA
Ideas
By Christopher J. Hale
Hale is a Democratic politician from Tennessee; he has been a Catholic nonprofit executive and helped lead faith outreach for President Barack Obama.

Donald Trump and Congressional Republicans seem to spend a lot of energy attacking President Obama and Hillary Clinton for not calling terrorism “radical Islam.” Trump even called for the President’s resignation over this issue. Now, Pope Francis has joined the fight.

Speaking aboard Shepherd One on his way to Rome earlier this week after a five-day trip to Poland, Pope Francis said: “I think it is not right to identify Islam with violence. It is not right and it is not true. I believe that in every religion there is always a little fundamentalist group.”

Francis acknowledged that there are violent Catholics, too. “I don’t like to talk about Islamic violence because every day, when I look at the papers I see violence here in Italy—someone killing his girlfriend, someone killing his mother-in-law. These are baptized Catholics.”

Francis’s remarks come a week after ISIS killed a Catholic priest during Mass in France. Father Jacques Hamel, 85, was celebrating a small weekday Mass when two ISIS-sponsored terrorists with knives enter into the church and slit the priest’s throat and held the congregation hostage before being killed by the police.

Hamel was a beloved priest in the area. Here’s what his fellow priest Father Auguste Moanda-Phuati told The New York Times:

He could have retired at 75 years old, but seeing how few priests were around he decided to stay and work, to continue to be of service to people, up until it all ended, tragically. He was loved by all. He was a little like a grandfather. We were happy when he was around and worried when we hadn’t seen him in a while.

Instead of wholly denouncing Islam, the local Catholic prelate Archbishop Dominique Lebrun and his priests responded by inviting the local Muslim community to worship God together at Sunday Mass.

Here’s how the Associated Press described the Mass:

Some of the Muslims sat in the front row, across from the altar. Among the parishioners was one of the nuns who was briefly taken hostage at Hamel’s church after the priest was killed. She joined her fellow Catholics in turning to shake hands or embrace the Muslim churchgoers after the service.

Outside the church, a group of Muslims were applauded when they unfurled a banner: “Love for all. Hate for none.”

“I thank you in the name of all Christians,” Lebrun told the Muslim community present. “In this way you are affirming that you reject death and violence in the name of God.”

Pope Francis endorsed these gestures and sentiments. He also said terrorism was likely the result of economic justice more than Islam itself.

“Terrorism grows when there is no other option, and as long as the world economy has at its center the god of money and not the person, “ Francis said. “This is fundamental terrorism, against all humanity.”

Such an argument wasn’t without criticism. Rod Dreher wrote in The American Conservative: “At a time when the world needs strong, realistic religious leadership to deal with the realities of Islamic terrorism (realities, I should say, that include the fact that most Muslims are not terrorists), Francis is offering jelly-brained liberal nonsense.”

But Dreher’s argument is, in Joe Biden’s words, a “bunch of malarkey.”

Francis’s comments closely mirror George W. Bush, who famously argued after the Sept. 11, 2001, terrorist attacks that Islam was a “religion of peace“: “The terrorists do not speak for over a billion Muslims who reject their hateful ideology.”

Every religious tradition, including my own, has twisted histories of good and evil within it. But what Francis and Bush get, and what Trump fails to understand, is that to reduce Islam to a violent subgroup will fail to adequately destroy this evil ideology of terrorism that threatens everyone everywhere—without exception.

Our war isn’t against Islam. It’s against evil. If our shared faith traditions are true, we will win in the end. God-willing, the victory will come sooner rather than later. 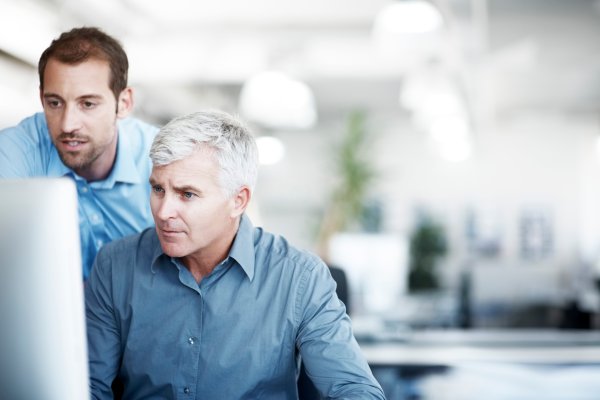 'Busy' People Aren't Actually That Productive
Next Up: Editor's Pick