The clothing company Gap is under scrutiny for a controversial ad, again.

Gap has been criticized for a new advertising campaign depicting an image of a boy, labeled “the little scholar,” wearing a t-shirt with Albert Einstein’s face. Next to him, an image of a girls’ t-shirt, captioned “the social butterfly.”

The ad says of the boy “your future starts here,” while the girl’s clothes are “the talk of the playground.” The campaign has provoked outrage on social media with critics calling it sexist.

The ad was reportedly first sent in an email to U.K. customers but can also be found on the brand’s website. Many social media users felt that the ad promoted gender stereotypes.

The criticism didn’t stop there. The “little scholar” t-shirt originally misspelled Albert Einstein’s name, although it now appears to be corrected on the website.

These are some of the responses the ad elicited on social media:

“Gap brand has always stood for individuality, optimism and creativity. Our intentions have always been to celebrate every child and we did not intend to offend anyone, said Liz Nunan, a Gap spokesperson, in a statement to Fortune.

The clothing company was just recently criticized for an ad in April. The ad that was in question depicted four young girls that are part of Le Petit Cirque, a traveling circus company that features boys and girls between the ages of 5 to 14. In the image, an African-American girl is posing next to a taller Caucasian girl that is propping her arm on the younger girl’s head. The ad was condemned for being “racially insensitive.” 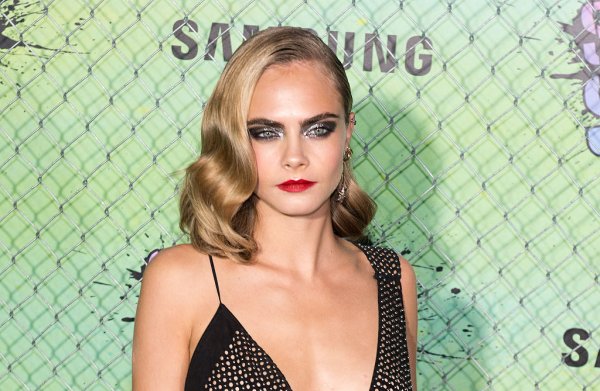 Cara Delevingne on Depression: 'I've Been Through That'
Next Up: Editor's Pick