U.S. Sent $400M to Iran While American Hostages Were Freed

As Iran released four American hostages in January, some $400 million dollars were flown into Tehran, according to a report.

A cargo plane loaded with Euros, Swiss Francs and other currencies made its way to Iran, according to a Wall Street Journal report citing U.S. and European officials and congressional staff who were made aware of the operation after the fact.

The money, the U.S. asserts, was not a ransom payment, but rather the first installment of some $1.7 billion the Obama administration has agreed to pay Iran to resolve a decades-old failed arms deal.

“With the nuclear deal done, prisoners released, the time was right to resolve this dispute as well,” President Barack Obama announced at the White House on Jan. 17—without acknowledging the $400 million cash settlement being flown to Iran.

The four hostages, including journalist Jason Rezaian and former Marine Amir Hekmati, were released a day earlier in what was looked at as a diplomatic breakthrough.

There is no link to the payment and the prisoner exchange, according to senior U.S. officials cited in the WSJ report, who say that the two arrangements coming together at the same time was a coincidence.

“As we’ve made clear, the negotiations over the settlement of an outstanding claim at the Hague Tribunal were completely separate from the discussions about returning our American citizens home,” State Department spokesman John Kirby said in a statement. “The funds that were transferred to Iran were related solely to the settlement of a longstanding claim at the U.S.-Iran Claims Tribunal at The Hague.” 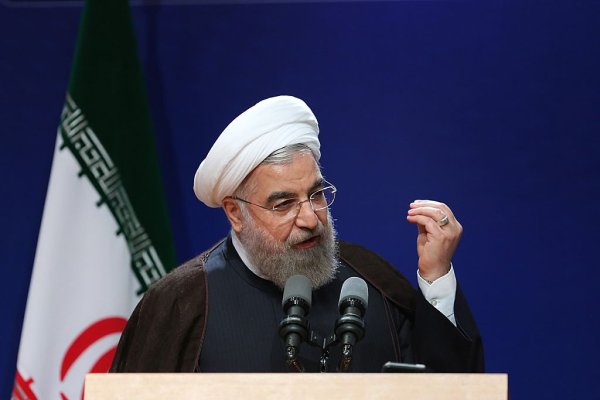 The Divide Over the Nuclear Deal in Iran
Next Up: Editor's Pick