Human-rights activists are appealing to the U.N. to denounce the killing of hundreds of suspected drug dealers and users in the Philippines, at the hands of police and vigilantes.

“We are calling on the U.N. drug control bodies to publicly condemn these atrocities in the Philippines. This senseless killing cannot be justified as a drug control measure,” said executive director of the International Drug Policy Consortium Ann Fordham, according to the Guardian. “Their silence is unacceptable, while people are being killed on the streets day after day.”

More than 300 civil-society groups have signed joint letters to the International Narcotics Control Board and the U.N. Office on Drugs and Crime, including Human Rights Watch, Stop AIDS and International HIV/AIDS Alliance.

Rodrigo Duterte was elected President of the Philippines in May on promises to “eradicate” drugs, crime and corruption in the country. Duterte — also known as “the Punisher” — even urged Filipino citizens to shoot and kill drug dealers themselves.

“Please feel free to call us, the police, or do it yourself if you have the gun — you have my support,” Duterte said in June, referring to drug dealers who show violent resistance. “You can kill him. Shoot him and I’ll give you a medal.”

Since his inauguration, hundreds of suspected dealers and users have been killed. Exact numbers vary, with some reports saying more than 700, while others put the number at around 500. According to the New York Times, police say they have arrested 2,700 people relating to illegal drugs activity.

But the killings have sparked concerns that Duterte is abandoning due process and human rights, with one Philippine Senator calling for an investigation. 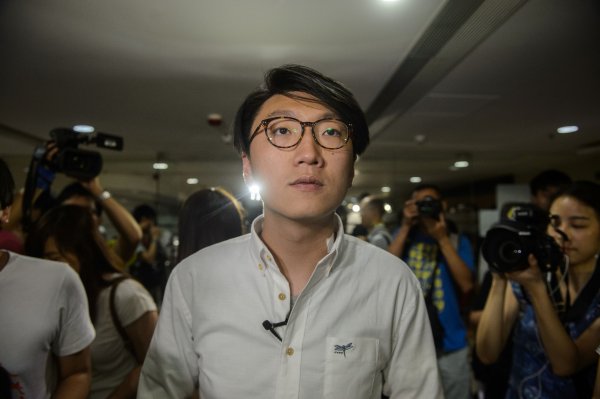 Hong Kong Bars Pro-Independence Candidate From Running in Elections
Next Up: Editor's Pick