Hong Kong Is Banning Pro-Independence Candidates From Running in Elections

A briefing by Hong Kong’s top electoral regulatory body was forced to shut down Tuesday, after it barred a pro-independence leader from standing for election.

Several members of the city’s pro-democracy and so-called localist parties disrupted the briefing and stormed the stage to protest Edward Leung’s rejection by the Electoral Affairs Commission, the South China Morning Post reports.

Leung has been at the forefront of Hong Kong’s localist movement, which calls for varying degrees of autonomy and even independence from the mainland, but he signed a declaration stating that Hong Kong is an “inseparable part” of China in order to nominate himself for September’s legislative election. The commission rejected his candidacy regardless, however, with a representative saying there were doubts that he had “genuinely changed his previous stance for independence.”

Five other candidates have also seen their nominations rejected by the commission over their views on Hong Kong independence, the Post reports, while 42 other pan-democrat and localist candidates have been approved despite refusing to sign the declaration.

The decision has incensed the city’s pro-democracy politicians and activists, with many — including Leung himself — saying the independent electoral agency is being “manipulated” by the Hong Kong government and is conducting a “political screening” of candidates. 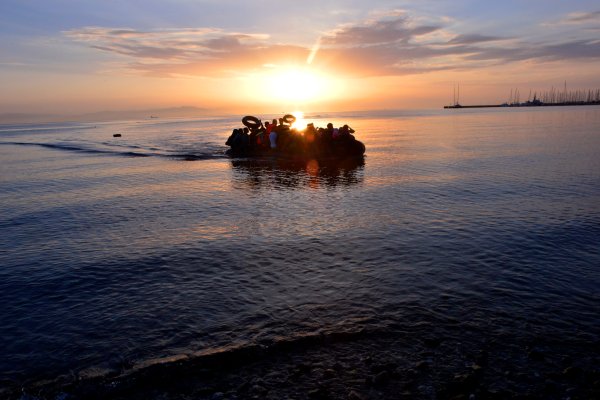 Record 1.3 Million Applied for European Asylum
Next Up: Editor's Pick