Early on in Suicide Squad, Viola Davis’ Amanda Waller must convince her colleagues that the American government requires the help of some pretty bad supervillains to defend it against even more villainous villains. If she couldn’t convince them, of course, the movie would be over after 30 minutes—but naturally she does. One of the arguments she uses to make her case is that her proposal is not unprecedented.

Waller points to a deal the U.S. Navy made with the Mafia during World War II to protect American shipyards. And despite the absurdity of pretty much everything else that happens in the movie, this one historical tidbit is entirely accurate.

In 1942, following the attack on Pearl Harbor and the suspicious destruction of the Normandie cruise ship in Manhattan, the U.S. Office of Naval Intelligence was concerned about the potential for Italian and German agents to infiltrate the country through its ports. The organization dispatched its own agents to attempt to gather intelligence from the mostly Italian-American fishermen and dockworkers in New York City, but workers refused to offer up any information.

Navy officials figured that the workers’ reticence had little to do with the questions they were asking and more to do with who was doing the asking. Working through the Jewish mobster Meyer Lansky, who was quietly endeavoring to intimidate Nazi sympathizers at home, the Navy began negotiating with Mafia boss Salvatore C. Luciano, nicknamed “Lucky Luciano,” widely considered to be the father of organized crime in the U.S.

The Navy, the State of New York and Luciano struck a deal in which the latter, who was serving 30 to 50 years in prison for compulsory prostitution, would have his sentence commuted in exchange for enlisting the support of his organization in providing intelligence to the Navy. Though there’s little evidence proving the success of the arrangement, it was enough to get Luciano released from prison in 1946 and deported to Italy to live out his days in his home country.

But the Mafia’s contributions to the war effort don’t end there. Luciano recruited a number of his associates to help draw maps and dig up photos of the Sicilian coastline in preparation for the Allied invasion of Sicily, otherwise known as Operation Husky, in 1943. Mob boss Vito Genovese offered his services as an interpreter and an adviser to U.S. forces in Naples, and several other Mafia connections offered up contacts in Sicily who were supportive of the Allied cause.

Suicide Squad may be taking some heat from critics over its choppy and circuitous plot. But setting aside aliens and enchantresses and malevolent metahumans, its underlying premise is no stranger than history itself. 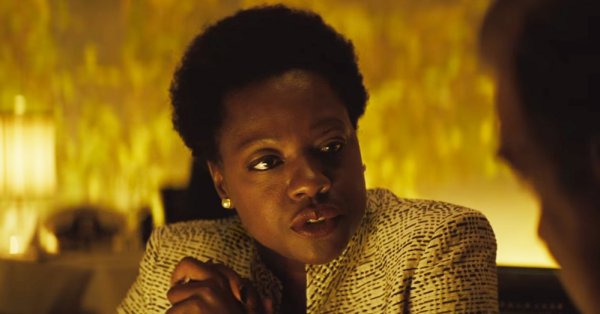 Does Suicide Squad Really Need That Post-Credits Scene?
Next Up: Editor's Pick