What Congress Could Learn From the Conventions

Balloons drop at the conclusion of the Democratic National Convention in Philadelphia on July 28, 2016.
Chelsea Matiash for TIME
Ideas
By Ryan Teague Beckwith

It’s no surprise that about 30 million people tuned in to watch the Republican and Democratic conventions. But now they’re over, and it’ll be a long four years until the next presidential election.

In the meantime, maybe the legislative branch could learn a thing or two about stagecraft.

Here are a few ideas that Congress could learn from the conventions, some serious and some not.

Make the Roll Calls Interesting. About the only fun thing in a Senate roll call is the weirdly poetic “Senator Johnson of Wisconsin.” The conventions do roll calls right, with individual states bragging about things like Prince or their cheese production.

Keep It Short. The House and Senate are set to be in session for roughly 100 days this year. The conventions were just four days. Maybe Congress could have a legislative “speed week”—like the periodic vote-a-ramas, only with real bills. Viewers would tune in for a legislative miniseries.

Do Your Business in Prime Time. Lawmakers tend to work during the day, when most people are at work, and late at night, when they’re haggling over a last-minute compromise. The conventions set their most exciting business for prime time.

Let Everyday People Speak. Some of the most interesting speakers at both conventions weren’t politicians, but regular people who were given a few minutes to make their case to the entire country. Tune in to C-SPAN most days and you’ll hear nothing but lawmakers.

Put Bills Online in Plain English. The Republican and Democratic platforms were put online, easily searchable and in plain English, right after they were passed. That’s not something you can say about most legislation, either before or after it’s passed.

Hire Musicians. G.E. Smith’s band at the Republican convention was tight. Maybe the House of Representatives could hire a literal House band? And the Senate could use more moments like the one when Demi Lovato pivoted from talking about mental health to belting her hit “Confident.”

Do a Balloon Drop. There’s nothing like that moment at the end of the conventions when thousands of balloons drop onto the arena. Maybe Congress could keep the Capitol rafters filled with balloons that drop only after they pass a budget.

Not all of the pageantry worked. Pairing Sen. Al Franken with comedian Sarah Silverman to do a Bruce Vilanch-style patter made the convention seem like a second-rate awards show, and both conventions ran a little late. But even in their worst moments, the conventions were more watchable than a typical hour of Congress, with a much clearer message.

If Congress is going to be unproductive and unpopular, at least it could be watchable. 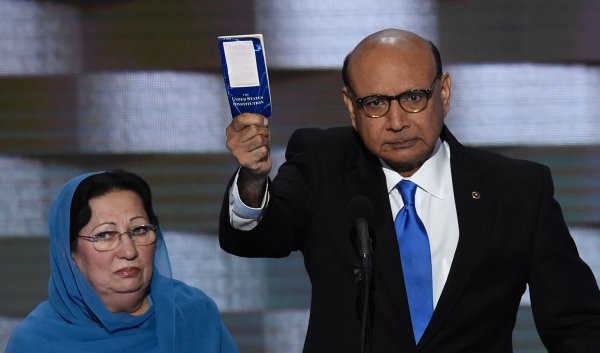 The Khans Should Be America’s Wake-Up Call
Next Up: Editor's Pick