Reviews for the DC Comics adaptation Suicide Squad are in — and many critics agree that apart from Margot Robbie’s turn as Harley Quinn, the movie itself is kind of a mess.

The reviews came out on Tuesday, and most said the film did not live up to its hype, with just 34% of critics deeming it positive on Rotten Tomatoes. Suicide Squad is the most recent in the DC Comics cinematic universe, following March’s Batman v Superman: Dawn of Justice, which also garnered negative reviews.

On Tuesday afternoon, film director David Ayer seemingly responded to the critical backlash on Twitter with a quote attributed to the Mexican revolutionary Emiliano Zapata.

“Prefiero morir de pie que vivir de rodillas,” Ayer wrote on Twitter, quoting Zapata. The quote translates to English as, “I would rather die on my feet than live on my knees.”

DC Comics fans took to Twitter to support Ayer, telling him they respected his work. Ayer made headlines Monday night for shouting “F—k Marvel” at the Suicide Squad world premiere. He apologized a few hours later, saying he got “caught up in the moment.” 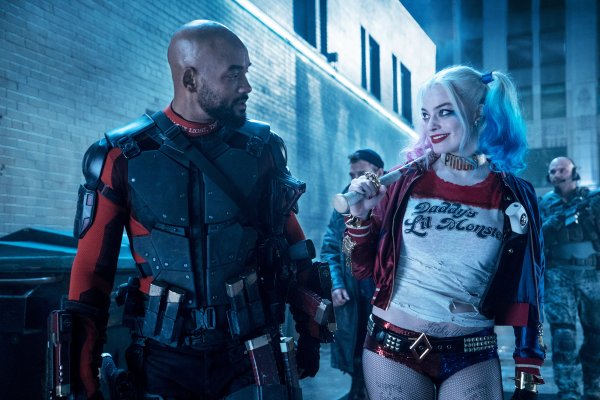 Review: Loaded with Jokes But Devoid of Wit, Suicide Squad Is Dead on Arrival
Next Up: Editor's Pick