Kareem Abdul-Jabbar: The Khans Should Be America’s Wake-Up Call

Khizr Khan holding his personal copy of the US Constitution while addressing delegates on the fourth and final day of the Democratic National Convention at Wells Fargo Center in Philadelphia, Pennsylvania, July 28, 2016.
Saul Loeb—AFP/Getty Images
Ideas
By Kareem Abdul-Jabbar
Abdul-Jabbar is a six-time NBA champion and league Most Valuable Player. He is the author of the new book, Writings on the Wall.

Khizr Khan’s impassioned speech last week at the Democratic National Convention about the heroics of his Muslim-American son didn’t just shame Donald Trump’s crude lack of American values—it reminded us of a quaint concept that we haven’t paid too much attention to lately: sacrifice. Since John F. Kennedy in his 1961 inaugural speech encouraged Americans to “ask not what your country can do for you, ask what you can do for your country,” we haven’t really had much of a national discussion about the role sacrifice plays in maintaining a free society.

Mr. Khan reminded us of that noble ideal when he talked about his son, Army Capt. Humayun S.M. Khan, a Muslim-American who sacrificed his own life in Iraq in 2004 to save other soldiers. Mr. Khan, of Pakistani heritage, had moved to the U.S. in the 1970s for “freedom and opportunity,” the two ideals that Americans feel proudest of providing. Mr. Khan told us that had it been up to Trump, his son never would have been permitted into the country.

“Have you ever been to Arlington cemetery?” he said directly to Trump. “Go look at the graves of brave patriots who died defending the United States of America. You will see all faiths, genders and ethnicities. You have sacrificed nothing and no one.” Mr. Khan’s passion for justice was contagious, but his story of sacrifice was as inspiring as JFK’s call to action. Days after Mr. Khan brandished his pocket edition of the U.S. Constitution, that same edition became the number two bestseller on Amazon (behind the new Harry Potter book), 80,000 copies were downloaded through the American Civil Liberties Union and views of the National Constitution Center’s Interactive Constitution increased by 16 percent. Mr. Khan had made the U.S. Constitution hip again.

The Khan family’s national presence couldn’t have come at a better time for America—and for me personally.

Although I have been politically active for most of my life, especially in civil rights, this year’s Democratic National Convention was my first. I was excited to contribute, but a part of me had been disheartened in the months leading up to the convention. I had begun to feel like America was trapped in a nightmarish Alien sequel, with Donald Trump starring as the toothy creature who feeds on America’s insides until bloated with our vital organs, ultimately destroying the host.

Read: Kareem Abdul-Jabbar: What Donald Trump and ISIS Have In Common

Much of my dystopian despair was the result of watching the Republican National Convention. I observed with shock and embarrassment mobs of people rally behind a man who gazes out at America with eyes, as Yeats put it, “as blank and pitiless as the sun.” My anguish wasn’t a left wing-right wing thing or blind loyalty to a particular party. It was a patriotic thing. I liked to believe that these conventions were about groups coming together to create a platform that reflected us striving to be our best selves—our most humane, most “American” selves. We would discuss how we could go forth in the coming four years applying the principles of the U.S. Constitution by choosing a person to champion those principles. Instead, I was standing by watching in HD clarity while reasoned loyalty was being set ablaze by combustive rhetoric, as if it were a witch being burned at the stake.

So when I arrived at the DNC, I worried that this going to be just another exercise in preaching to the choir. The lines had been drawn, the sides already chosen. However, I met so many enthusiastic and hopeful people who were dedicated to bringing about their vision of a diverse and inclusive American society that I couldn’t help but get caught up in their enthusiasm. No one was talking about who we hate, who we should blame, who we should exclude, who we should punish. They were talking about justice, freedom, and opportunity. All of that was well and good, but I couldn’t shake the knowledge that a whole lot of Americans supported the man who contradicted a whole lot of American values.

But all that apprehension fell away as soon as I heard Khizr Khan speak.

Whatever doubts, depression, or disgust I felt before were washed away by Mr. Khan. I realized that Capt. Khan’s sacrifice—as well as the sacrifices made by so many others to protect our Constitution—demanded that we don’t indulge in lazy melancholy or hipster cynicism, but work twice as hard to make sure those sacrifices are not in vain. The day after Mr. Khan’s speech, Trump responded in the typical non-sequitur fashion: “I think I’ve made a lot of sacrifices… I’ve created thousands and thousands of jobs, tens of thousands of jobs, built great structures. I’ve done, I’ve had tremendous success.”

So, my first time attending the DNC changed me. But the Khan family and other courageous people have rejuvenated and invigorated me for the fight ahead. Because it’s a fight that must be won. No matter the sacrifice. 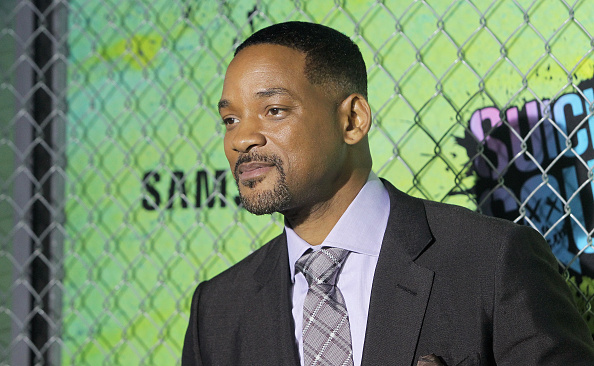 Will Smith Doesn’t Understand How People Can Support Donald Trump
Next Up: Editor's Pick