Will Politics Take Off the Month of August?

If 2016 followed the usual pattern, national politics would now hit a late-summer lull. But so far, this election year has not been a normal one.

With Congress in recess during August, many Americans on vacation, the national conventions over and the Olympics just starting, political news has long been supposed to quiet down for a few weeks before Labor Day kicks off the final stretch to Election Day.

But that may no longer be the case.

The first few days of August have already been filled with election news.

Republican nominee Donald Trump made headlines for declining to endorse Speaker of the House Paul Ryan or 2008 nominee John McCain, continued his feud with the parents of a fallen soldier, suggested his daughter should quit if she were sexually harassed at work, called Hillary Clinton “the devil” and suggested the election will be “rigged.”

“Donald Trump could use a lull in his campaign,” Schiller told TIME. When candidates make mistakes while on the trail during the summer, “that’s all people talk about at the beach.”

While this year the lack of an August lull is more pronounced than previously, Sunshine Hillygus, professor of political science at Duke University, told TIME the end of the August lull is also related to changes in how people read the news, including the spread of social media.

“It is a reflection of changes in the media environment,” Hillygus said.

Still, Richard Lau, a political science professor at Rutgers University, said that most voters aren’t going to tune in to the presidential election until the end of summer, in part because their individual vote is unlikely to make a huge difference.

“There’s like real life, immediate life, that you have to be thinking about all the time, and for most people most of the time, that’s just much more important,” he said.

Another reason that people pay more attention after Labor Day is that ad spending goes up as campaigns traditionally have waited until closer to the election to make crucial decisions about how to spend their money, said Gregory Huber, a professor of political science at Yale.

That is also a little different this year, as Clinton and her allies have spent more than $68 million on ads so far, with several ads aimed at defining Trump as divisive, while Trump and his allies have spent just $6 million. Still, the Clinton campaign and super PACs supporting her are expected to air nearly $100 million worth of ads through the fall.

Schiller said in terms of campaigning, Clinton is playing it safe, making only appearances but not starting any fires.

But while August may not be the lull it once was, that does not mean that things will not pick up.

“The whole nature … is going to shift from Olympics to election,” Huber said. 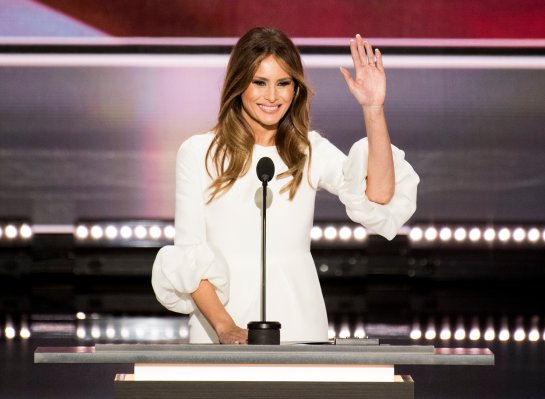 Melania Trump Says She Has Always Been a Legal Immigrant
Next Up: Editor's Pick