In an ESPN video documenting the day, Williams explains that he was so committed to the theme, he originally even wanted his engagement pictures to fit it. “I’m a huge Walking Dead fan,” he says. “I wanted to do engagement photos with us being chased by zombies and we didn’t have time because it was during season and we didn’t have that opportunity, so [Risalyn] was like, ‘How are you going to pull that off?'”

However, he was able to persuade the entire wedding party to be made up like the undead. “He didn’t have to convince me,” Burzynski explains in the clip. “He really had to convince the bridesmaids, and then he said they had to do it because they’re bridesmaids.” 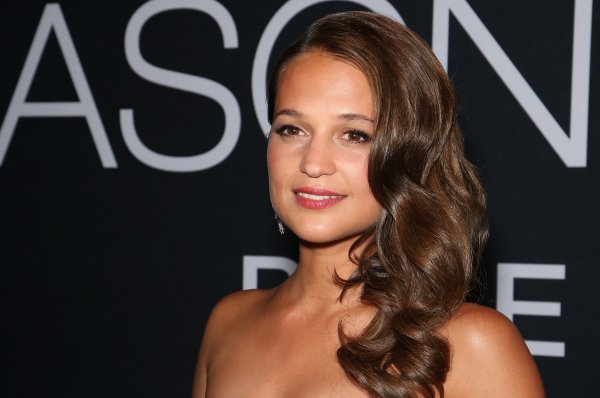 Alicia Vikander Spent a Whole Month Secluded With Michael Fassbender for a Movie
Next Up: Editor's Pick