The Beatles' Revolver and a Half-Century of LSD

Half a century ago—when the Beatles album Revolver was released on Aug. 5, 1966, in the U.K.—John Lennon ended the last song on the record with a lyrical message best understood by a certain subset of listener: “So play the game ‘existence’ to the end, of the beginning, of the beginning.”

That song, “Tomorrow Never Knows,” was quoting from The Psychedelic Experience, written by psychedelic researchers Timothy Leary, Ralph Metzner and Richard Alpert. Fittingly, the album dropped during a summer when it would seem that many of music’s biggest influencers were questioning “the game of existence” with one ingredient in particular: Lysergic acid diethylamide, or LSD.

The Beach Boys had just brought out what some consider to be one of the first mainstream psychedelic rock albums, Pet Sounds. A year ahead of the Summer of Love, hippies were beginning to migrate to its epicenter, San Francisco’s Haight-Ashbury, where America’s first head shop—the Psychedelic Shop on Haight Street—had opened that year. TIME devoted an essay to the topic, reporting that tens of thousands of college students had tried the drug. The following year would see the “Human Be-In” in San Francisco and the release of the movie The Trip.

And so one might consider the summer of ’66 the start of something much, much bigger, says Russell Reising, professor of American culture and Asian studies at the University of Toledo and editor of the book Every Sound There Is: The Beatles’ Revolver and The Transformation of Rock and Roll. After all, the Beatles didn’t just sing about LSD on Revolver, which Reising says is the first album recorded after each of the Beatles had tried the drug.

“Revolver taught us how to think about things,” Reising says, adding that perhaps the Beatles gave the drug a certain celebrity appeal. But was 1966 the year the LSD story began? Not quite.

In fact, Revolver represents more of a turning point than a beginning, as the drug crossed from the research world to the recreational.

Before it was about turning on, tuning in and dropping out, LSD was leading to explosive research among psychologists, psychiatrists and pharmacologists, many of whom believed they had found a miracle drug.

David Nichols, a pharmacologist and researcher in the field of psychedelics, remains interested in finding out whether any positive effects that could be brought about by LSD use, and he tells TIME that he considers it to be a widely misunderstood drug. As he tells it, pharmacology would be a lot different if LSD hadn’t been discovered by Swiss scientist Albert Hofmann in 1943, when the famed researcher accidentally absorbed one of his earlier-discovered lysergic acid compounds, LSD-25, through his fingertips. He then described seeing “an uninterrupted stream of fantastic pictures, extraordinary shapes with intense, kaleidoscopic play of colors.”

Dr. Werner Stoll—the son of Arthur Stoll, president of pharmaceutical company Sandoz, where LSD was first synthesized by Hofmann—became the first to research acid in a psychiatric environment, and reported that low doses of LSD could surface a patient’s repressed memories and produce a “model psychosis,”or a temporary display of symptoms similar to those experienced by a person diagnosed with schizophrenia (which was later said to be untrue, Nichols says). With those findings, Sandoz began marketing LSD as “Delysid” and began sending it to laboratories across the world for research purposes.

Soon after, LSD research was sponsored by the then-secret CIA Project MK-ULTRA, which investigated acid as a tool for interrogation and mind control. Meanwhile, scientists researched the drug’s effects on alcoholism, psychotherapy, consciousness and creativity. Nichols believes that LSD research led to the first formal recognition that brain chemistry could affect behavior, which in turn led to landmark research into schizophrenia and depression.

“We have things like antidepressants, triptans. None of these drugs probably would have been discovered as soon as they were if LSD hadn’t been discovered earlier,” he says.

But as Harvard psychologists Timothy Leary and Richard Alpert garnered media attention for their research into psychedelics in the early ’60s, public perception surrounding LSD began to tilt toward the negative. TIME reported that by the fall of 1962, “it became clear that some psychiatrists and some investigators who were supposed to be experimenting only with animals were slipping LSD to unqualified buddies, who were using the drug for kicks.” Months before Revolver was released in 1966, TIME reported there was an epidemic of “Acid Heads” developing mental disorders.

From that point forward, LSD research slowed substantially, until it came to a halt when LSD was classified as a Schedule I substance in the United States—meaning it has no proven medical use, and that researchers have to obtain a license from the federal Drug Enforcement Administration to study the substance—through the Controlled Substances Act of 1970. According to the DEA, the psychedelic drug can lead to users feeling depressed or anxious after using the drug, which can also lead to impaired judgement and flashbacks. But as research became seen as disreputable, LSD became much better known for its illicit recreational uses.

“The bad behavior by the early ’60s was becoming widespread enough to cause that kind of split in the profession,” Stephen Siff, author of Acid Hype: American News Media and the Psychedelic Experience, says. “By the early 1960s there were very few mainstream, responsible psychologists who were still pursuing the drug.”

Only recently has research into psychedelics and LSD seen another renaissance, says Brad Burge, director of communications and marketing at he Multidisciplinary Association for Psychedelic Studies, a research organization that focuses on the benefits of marijuana and psychedelics. In the past decade, research participants in separate studies have been given doses of psilocybin—a psychedelic compound found in certain mushrooms—to treat anxiety in cancer patients, depression and addiction. Even clinical research into the effects of LSD has cropped up again.

“People can participate now in the return of this research after all this time,” Burge says. “Even though we’ve had to wait over 40 years to have research catch up, it’s a very exciting moment.”

Fifty years following the release of Revolver, whatever happens with the drug itself in the future, Reising says its easy to see how the album and its LSD references represented a “breaking point” for musicians openly discussing and writing about LSD use.

“Revolver really represents a rupture in popular culture,” Reising says. “When people heard it, they knew they were in a completely new musical world.” 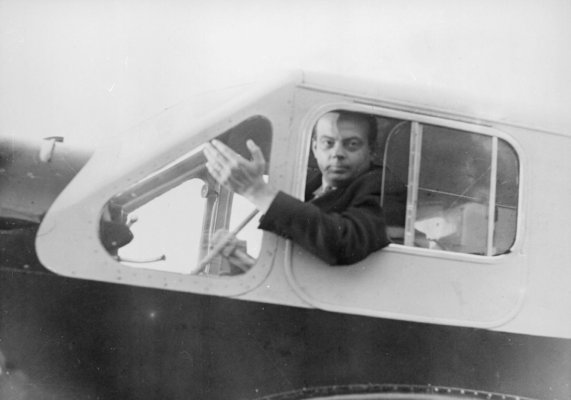 The True Events That Inspired The Little Prince
Next Up: Editor's Pick