A Milwaukee man has been accused of drowning his three-month-old son after arguing with the child’s mother.

The 25-year-old man is in custody on a pending homicide charge, the Milwaukee Journal Sentinel reports. Police said the infant’s parents were arguing Saturday when the father grabbed the baby and went to the pond. Another man followed him and tried to retrieve the child, but was unable to. Officers also ran to the pond to rescue the baby, but the father was no longer holding him. Police arrested the suspect and searched for the baby, who was found unconscious within minutes, the Journal Sentinel reports.

Robert Amstadt told the newspaper that he heard a loud argument outside a nearby apartment building, where a woman screamed, “Give me back my baby.” Then he saw a young man carrying his crying infant son walk into a pond and sit down so that the water reached his chest and the baby could not be seen. It was, he said, “the most evil thing I’ve seen.” 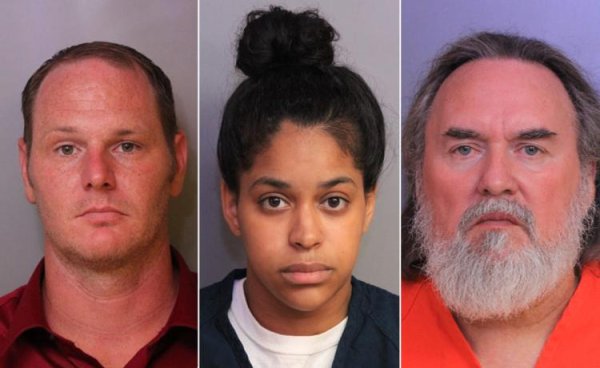 'I Can't Breathe.' Walmart Employees Charged in Death of Suspected Shoplifter
Next Up: Editor's Pick