New York Rep. Richard Hanna announced Tuesday that he will vote for Hillary Clinton for president, becoming the first Republican U.S. congressman to publicly declare he will cross party lines and vote for the Democratic nominee.

Hanna, who represents the 22nd congressional district in upstate New York, made the announcement in a column published Tuesday on Syracuse.com, arguing that Trump is “unfit to serve our party and cannot lead this country.”

“If I compare the life stories of both candidates I find Trump deeply flawed in endless ways,” he wrote in the column. “A self-involved man who is worth billions yet is comfortable — almost gleefully — using bankruptcy laws to avoid the consequences of his own choices. A man of character would not defend his actions but rather display shame and or at least regret. He is unrepentant in all things.”

Hanna mentioned Trump’s recent attacks on the parents of a Muslim Army solider killed while serving in Iraq. The couple appeared last week at the Democratic National Convention, where the father, Khizr Khan, slammed Trump’s candidacy.

Hanna had previously said he would not vote for Trump, but he had not yet voiced support for Clinton.

“Secretary Clinton has issues that depending on where one stands can be viewed as great or small. But she stands and has stood for causes bigger than herself for a lifetime. That matters,” Hanna wrote. “While I disagree with her on many issues, I will vote for Mrs. Clinton. I will be hopeful and resolute in my belief that being a good American who loves his country is far more important than parties or winning and losing.” 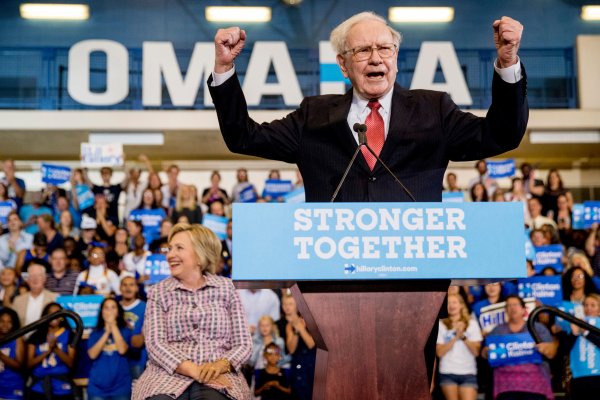