Jill Stein, the Green Party candidate running for President against Hillary Clinton and Donald Trump, announced Monday that she has selected Ajamu Baraka, a human-rights activist and intellectual, as her prospective Vice President.

Stein, a doctor turned politician who also ran for the country’s highest office in 2012, described Baraka as an “activist, writer, intellectual and organizer with a powerful voice, vision, and lifelong commitment to building true political revolution” in a statement.

Baraka, the founding executive director of the U.S. Human Rights Network, is known for his decades-long social-justice efforts and his opposition to the death penalty.

“Ajamu Baraka is a powerful, eloquent spokesperson for the transformative, radical agenda whose time has come,” Stein added.

The 66-year-old presumptive nominee, who has presented herself as a third-party alternative to both the Republican and Democratic presidential candidates, is set to officially be nominated at her party’s convention in Houston on Saturday. 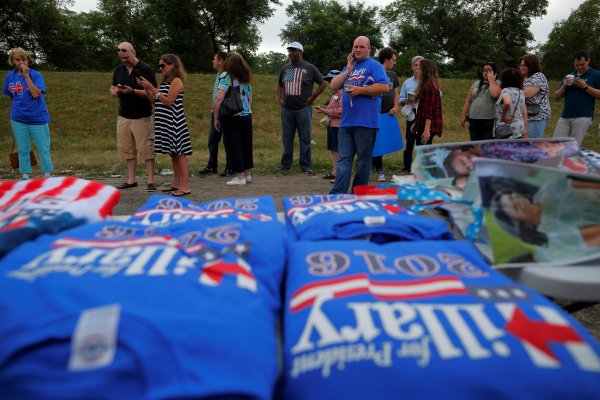