The Central Asian country of Tajikistan plans to fine journalists for using words that are “incomprehensible” to readers, a government official confirmed.

The state has recently taken issue with the growing influence of Farsi and Dari on its official language Tajik, reports Agence France-Presse. In addition, Russian is widely spoken in the former Soviet republic and was removed back in 2009 as a state language, a move intended to boost patriotism, according to AFP.

The fines for individuals will vary from $75 to $100, but state officials and organizations are expected to pay up to $200. However, it remains unknown when the new regulations will come into effect.

“There are cases when journalists use as many as 10 words in one day that the simple reader, viewer or listener cannot comprehend,” said Gavhar Sharifzoda, the head of state language committee. “This grossly violates the norms of state language.”

Tajikistan has been ruled by President Emomali Rahmon since 1992. Similar regulations exist in other post-Soviet states intended to minimize the influence of Russian. 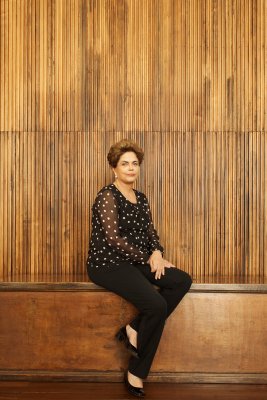 Brazil's Impeached President Dilma Rousseff Ponders Her Past — and Her Future
Next Up: Editor's Pick