After Katie Ledecky, Michael Phelps, and Simone Biles finish piling up golds at the swimming pool and gym, the limelight in Rio will give way to track and field competition, which began Friday morning with men’s discus qualifying. From Usain Bolt‘s grand finale to Allyson Felix‘s run for the history books, this is your guide to the must-watch track and field events at the 2016 Olympics (all times EST):

Usain Bolt is a global icon. But another Jamaican sprinter who is also going for three straight 100-m golds doesn’t get her due. Shelly-Ann Fraser-Pryce won in Beijing and London, and no woman has ever taken three straight Olympic 100-m titles. Teammate Elaine Thompson could also keep Jamaica’s win streak going in the event. American English Gardner, 24, won the U.S. Olympic trials: after the southern-New Jersey native tore her knee in a high school powder-puff football game, a doctor told her she’d likely never race again. This should be a great race.

American LaShawn Merritt won this event in Beijing, then received a doping ban in 2010. The punishment was overturned, however, when a 7-11 clerk testified that Merritt indeed purchased a sexual enhancement drug that contained a banned substance from the store. Merritt put the embarrassment behind him, and was primed to repeat in London before a strained hamstring took him out in the prelims. He ran the year’s fastest 400-m time at the Olympic trials.

(MORE: Justin Gatlin Has A Final Chance To Beat Bolt — And Win Redemption)

Maybe the most anticipated 10-seconds of every Olympics, especially this year. In what he says is his last Games, Usain Bolt aims to flash a few more signature lightning poses. Bolt’s had his hiccups in the lead-up to Rio, most notably a hamstring injury that kept him out of the Jamaican Olympic trials. (He received a medical exemption and was named to the Olympic team anyway.)

Don’t put it past Bolt to shatter another world record. His biggest threat in the 100-m is a man with specks of white hair, who won the 100-m Olympic gold in Athens way back in 2004 B.B. (before Bolt). After that triumph, Justin Gatlin, 34, served a four-year suspension for doping from 2006-2010. No one his age has ever run faster. The doubters believe Gatlin must be doping. Benefit of the doubt is hard to come by in a sport so rife with doping cheats (this year Russia’s entire track and field team, save one athlete, was barred from Rio because of a state-sponsored doping program program). Even a fellow American, swimmer Lilly King, says Gatlin shouldn’t be in Rio because of his past. Gatlin’s fiercest critics, however, have to give him credit if he can topple Bolt. Another runner to keep an eye on: American Trayvon Bromell, 21, a future star in the sport.

Allyson Felix wanted to pull off the Michael Johnson double––golds in both the 200-m and 400-m, the feat Johnson accomplished at the Atlanta Olympics. But an ankle injury slowed her prep. At the 200-m final at U.S. trials, she finished fourth, .01 second short of a spot on the team. So she won’t be able to defend the 200-m she won in London. “It’s heartbreaking for me not to be there,” says Felix. With a gold in the 400-m, however, Felix would win her fifth Olympic title, the most ever for a women’s track athlete.

Genzebe Dibaba, of Ethiopia, broke a 22-year-old world record in the 1,500 last year, and was named world track athlete of the year. Can she do even better in Rio? This being track, however, there’s a cautionary twist: Dibaba’s coach was arrested in a doping raid in June.

Devon Allen, a junior wide receiver on the University of Oregon football team, won the U.S. Olympic trials. Will he return to the Eugene to chase a national championship, or leave college football to run track professionally? His Olympic result could determine the answer: many Ducks fans will watch nervously. One of the other favorites, Jamaica’s Omar McLeod, won back-to-back NCAA outdoor championships, in 2014 and 2015, at Arkansas in this event.

After running 100-meters, long jumping, shot putting, high jumping, running a 400, doing the 110-m hurdles, throwing a discus, pole vaulting, and javelin throwing, American Ashton Easton hopes to cap off back-to-back Olympic decathlon golds with victory laps in the last event, the 1,500-m. He’s the world record holder in the decathlon, and would become the first man to win consecutive Olympic titles in 32 years. Eaton would once again clinch the Olympic decathlete champ’s honorific, first given to Jim Thorpe by King Gustav V of Sweden at the 1912 Stockholm Games: World’s Greatest Athlete.

If Bolt can ward off Gatlin and other challengers in the 100-m, he’d be running for eight gold medals in his eight straight finals. On Monday Bolt said he’s “more nervous over the 200-m than anything else,” because the injury has thrown off his training. Expect him to win it anyhow.

Bolt’s last Olympic leg. The night should be a coronation, most likely a ninth straight gold for Bolt. Who knows: maybe he’ll pull a Michael Phelps–who said he was done after London–and return to Tokyo for more thrills in 2020?

American Chaunte Lowe, 32 and a mom of three, is a gold favorite in her third Olympics — her first were a dozen years ago, Athens 2004. Also look for U.S. phenom Vashti Cunningham, 18; her coach is her dad, Randall Cunningham, the former NFL quarterback.

Last summer, the Court of Arbitration for Sport suspended track and field’s regulations on hyperandrogenism, a medical condition which causes high levels of hormone production, for women athletes. So runners like Caster Semenya of South Africa, who has the condition, no longer must take medications that suppress testosterone levels. Semenya, who won silver in London, is the overwhelming favorite in this race. She could even break a world record. But she may never outrun controversy: does her body give her too much of an advantage? Or is she a victim of a double standard? And why don’t we ask that same question about other athletes with exceptional gifts, like Bolt? 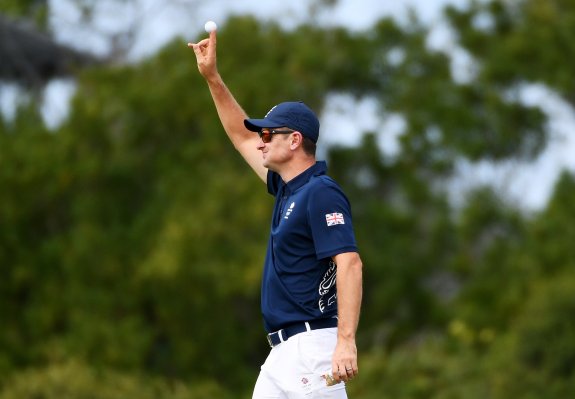