It’s a big week, or make that year, for J.K. Rowling. The script for Jack Thorne’s Harry Potter and the Cursed Child, based on a story by himself, Rowling and director John Tiffany, was published on Sunday, with fans attending midnight release parties as in days gone by. And in November, she’ll see the release of the movie Fantastic Beasts and Where to Find Them, for which she wrote the screenplay. (That story, too, will be published in book form.)

While Rowling said Cursed Child was the last story we’d get about Harry on Saturday, she also hinted in an interview over weekend that Fantastic Beasts would have more overlap with the Harry stories than fans realize. Asked by BBC journaist Lizo Mzimba whether Harry’s story would continue, she said, “Well it is, because of course I’m doing Fantastic Beasts and Where to Find Them.” The journalist asked her to clarify whether that was just set in the Wizarding World, rather than serving as any kind of prologue to the tale of the boy who lived. Rowling reportedly smiled and said, “It’s more preview-y I think than people realize.”

Since Fantastic Beasts is set in America in the 1920s and centers on Newt Scamander (the future author of Harry’s Hogwarts textbook, and grandfather-in-law to Luna Lovegood), many have assumed the beloved characters from the book series would not be around. However, the first trailer does mention Dumbledore, who argued against Scamander’s expulsion for “endangering human life with a beast.” So could we meet a younger Dumbledore in this movie? Or how about his friend-turned-nemesis Gellert Grindelwald? Or maybe his old neighbor Bathilda Bagshot? Or perhaps ancestors of the leading characters in the books, like Tom Riddle, Sr. or Fleamont and Euphemia Potter? All will be revealed in November. 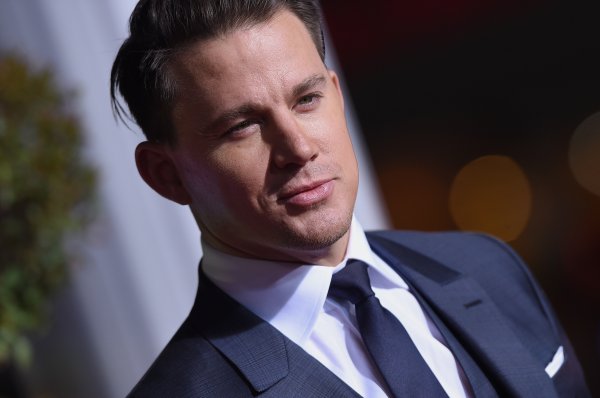 Channing Tatum Will Play a Merman in Disney's Splash Remake
Next Up: Editor's Pick