Kaci Owens, a 16-year-old high school junior from Liberty Township, Ohio, knows she’s going to be blasted with advertising every time she checks Facebook, YouTube or Instagram. In her words, it’s “a few posts, an ad” then, “a few more posts, another ad.”

“I think it’s everywhere,” Owens says, adding that she most often sees ads for makeup or food. “But it doesn’t really bother me. I usually just scroll past it.”

That behavior — skipping past advertising — sounds like a marketer’s nightmare. But despite all the ads Owens may ignore, there’s one kind in particular she and other teens are likely to engage with: Sponsored videos from online “influencers,” those quasi-celebrities paid by brands to talk about their products to their legions of adoring fans.

Owens knows those influencers are being paid, sometimes in the millions, to influence her buying choices. But she says she’ll still listen to what they have to say. That’s because, to some degree, she trusts they wouldn’t sell a product they didn’t believe in. She also appreciates that many of them are forward about their financial arrangements.

“They’ll say ‘I’m being paid to do this,’ but I’ll want to listen to what their opinion is,” Owens says. “It doesn’t mean that I go out and buy it right away.”

Marketers say such influencers are offering a way for them to advertise to an engaged audience of teens, who represent $44 billion in annual purchasing power — and who often carry brand loyalties into young adulthood. Social media companies are capitalizing on the trend. YouTube has become so saturated with popular vloggers that marketers are now turning to so-called “micro-influencers” with smaller but more devoted followings, while agencies are shifting their ad dollars from television to YouTube. Snapchat recently opened its platform to more advertisers, too. (It also works with some brands to make custom filters and lenses that add unique effects to users’ photos, turning them into highly shareable ads. One standout example: A Taco Bell filter that turned users’ faces into, well, tacos.)

Danielle Wiley, CEO of content marketing agency Sway Group, says teenagers respond best to ads that are more casual. Her teenage daughter, for instance, already assumes everything she sees on social media that mentions a product is sponsored, so she wants the have more control over what ads she sees.

“That phone is the focus of their life, and they don’t want the brand interfering with that,” Wiley says. “That probably explains why they respond better to brand messages that come via influencer.”

Influencers’ success partly relies on authenticity. Warline Norzeus, a 22-year-old marketing communications intern for GfK MRI and a vlogger, says that social media personalities like Michelle Phan usually wind up feeling like a friend who you hit up for advice. “If you’re being sponsored by a certain company, you don’t have a script that you’re reading from,” Norzeus says. “They’re saying what they actually feel about it.”

The idea of paying a celebrity to promote a brand is far from a new invention. What is new, however, is today’s more authentic breed of celebrity, says Barbara Kahn, professor of marketing at the University of Pennsylvania’s Wharton School. “If you hit it right you can become an influencer pretty quickly,” she says. Marketing through them, Kahn says, also solves brands’ dilemma of trying to get a team of marketers to “speak teenager.”

“I think it’s pretty clever,” Owens says. “I know my friends will send [those ads] back and forth.”

Correction: The original version of this story misstated the town in which Kaci Owens resides. It is Liberty Township. The story also originally misstated the name of the University of Pennsylvania professor. It is Barbara Kahn. 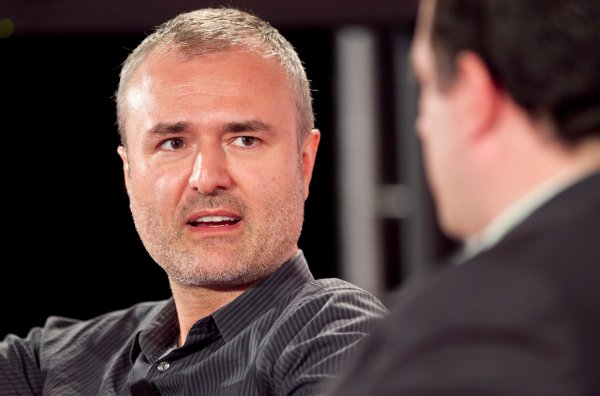 Read the Memo that Gawker Media Founder Sent to His Staff
Next Up: Editor's Pick