3 Steps to Combat Racism in America

Ideas
By Christine Ngaruiya
Dr. Ngaruiya is a physician and researcher based in New Haven and a former Public Voices fellow with the OpEd Project

Hillary Clinton’s Democratic National Convention acceptance speech provided an optimistic challenge on race: “I refuse to believe we can’t find common ground here … And that starts with listening, listening to each other, trying as best we can to walk in each other’s shoes. So let’s put ourselves in the shoes of young black and Latino men and women who face the effects of systemic racism, and are made to feel like their lives are disposable.” This is needed now more than ever when divisiveness seems at an all-time high.

During my medical training, I had an encounter where my community’s empathy was critical. Celebrating a colleague’s birthday, we had gone out to a standard franchise restaurant in Durham, N.C.. The evening went by, full of laughter and merriment, right until we were about to cut the cake.

I saw them approaching from the corner of my eye, that familiar feeling of dread welling up in my chest, filling my throat, setting my mind racing and palms sweating. I started planning what I should do to minimize the collateral damage that threatened to ensue. Two poorly groomed, slightly swaying (hinting alcohol in their system), young white men approached our table, giddy and sniggering to themselves. They exchanged some loose jokes with one of my colleagues, who joked back with equally wry humor. They made similar jabs with others around the table, and in the end, everyone had some sort of interaction with them; someone even offered them a piece of cake.

I was the only person of color at the table, and I sat with my face down, staring intently at my hands, the option I had determined would deter them from noticing me (“act as invisible as possible”). “What, you don’t want to talk to us because we are white?” one of them loudly snorted, an expectant look on his face. I froze. Here I was with my colleagues, people I respect and that I trusted respect me. A million possible ways that this situation could deteriorate flashed by in my mind’s eye. Should one of my colleagues say something? What if the instigators got physical? My mind raced. “OK, I’ll take the fall for this one. It’s the only way,” I thought. I repeated back his comment in a snide tone: “Yeah, I don’t want to talk to you because you’re white.” Some seemingly never-ending few moments later they walked off.

Introduction to Sociology by William Tile confronts the tainting of race in our society as “a social process that marks them (certain groups) for unequal treatment based on perceived physiological differences.” In contrast, Martin Luther King Jr. persevered for the day when individuals would solely be judged by their character. So how do we shun the societal wave that opposes this type of progress?

After that incident in the restaurant, one of my colleagues made his away around the table to where I sat. He put his arm around me, looked me square in the eye, distraught and said: “I am so sorry.” He went on to say that he had hung out with black friends before but never had seen anything like that happen to them. Those four words meant more to me that evening than they ever have.

2. Stand against rhetoric that reinforces stereotypes.

It is a part of human nature to recognize patterns in order to make functioning expedient in future similar settings or interactions. Malcolm Gladwell describes this in his transformational book Blink. But the risk of these stereotypes turning into prejudice and discrimination is concerning. Therefore, such rhetoric should constantly be placed in check in our own circles. The bar stops with each individual person becoming intolerant, even when it is under the guise of humor.

3. Be an active consumers of media and news.

Media stereotypes are some of the most dangerous and most pervasive representations of minorities in this country. Without much thought, we can easily take in stereotypes and have them reinforced to us through commercials, actors’ roles in movies and types of news stories that are predominantly portrayed. Being conscientious about what we watch and what we listen to, then, is so important. We can also use social media to challenge these media sources.

We as a society have to actively confront this issue. I believe that once the masses, particularly the majority of white Americans, unapologetically stand for the cause, the problem will recede, and the senseless losses of life driven by stereotype-instigated fear that we have seen over the last couple of years will, too. The status quo feels comfortable. And inaction is the easier option. I hope that you will all take the time to walk in someone else’s shoes. 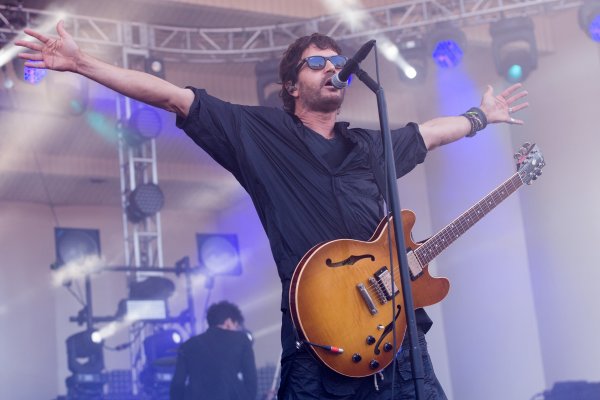