Why Zika Is Totally Out of Control in Puerto Rico

Puerto Rico is experiencing an explosion of cases of the Zika virus, something U.S. health officials have feared for some time.

In a recent study, the U.S. Centers for Disease Control and Prevention (CDC) reported that 5,582 people in Puerto Rico have tested positive for Zika, which is thought to be a gross underestimate since most people who get the virus don’t show symptoms. At least 670 of those people are pregnant women, and the agency believes that 50 pregnant women are infected with the virus every day.

As the New York Times reported, “tests on donated blood, the most reliable barometer of the epidemic’s spread, show that almost 2 percent of the donors were infected in the last 10 days.”

In Puerto Rico, positive tests of the virus have jumped from 14% in February to 64% in June, and 2% of the territory’s blood supply had tested positive for Zika.

Why is the territory being hit so hard? Here are three reasons.

Puerto Rico has the right kind of mosquitoes for spreading disease: Puerto Rico is home to the aedes aegypti mosquito, which spreads Zika as well as other mosquito-borne diseases like dengue and chikungunya. As TIME has previously reported, over 80% of adults in Puerto Rico have been infected with dengue, and about a quarter of adults became infected with chikungunya in less than a year. U.S. health officials estimated that 20% of Puerto Rico’s population could contract Zika, a benchmark the territory appears to be steadily approaching. Local health experts have also told TIME that since residents are accustomed to mosquitoes spreading diseases, it can be hard to ramp up concern over Zika and mosquito control; to some residents, mosquito-borne diseases are considered a fact of life. Some go-to insecticides used in Puerto Rico are also proving ineffective, due to widespread resistance among the mosquitoes.

There is a high unintended pregnancy rate: About two-thirds of all pregnancies in Puerto Rico are unplanned, which puts women at risk of getting pregnant while infected—probably unknowingly—with Zika. The CDC says it is working to provide access to effective contraception for women who want to delay or avoid pregnancy. Some doctors in the area are telling women that if they can, they should put off getting pregnant. Health officials say they are also installing screens in the homes of pregnant women in the territory.

Puerto Rico is in a financial crisis: Puerto Rico is in the midst of a debt crisis, and is believed to have a bill of around $70 billion. As the New York Times reports, Puerto Rico authorities have cautioned that the territory may not be able to pay back its debt while also affording to keep up services like education and health care. Senate also recently failed to pass a bill for emergency Zika funding that was requested by the White House in February.

Taken together, these factors make it all too easy for an epidemic like Zika to grow uncontrollably. In the U.S., meanwhile, cases are emerging in Florida, and the CDC is advising pregnant women not to travel to parts of the region. 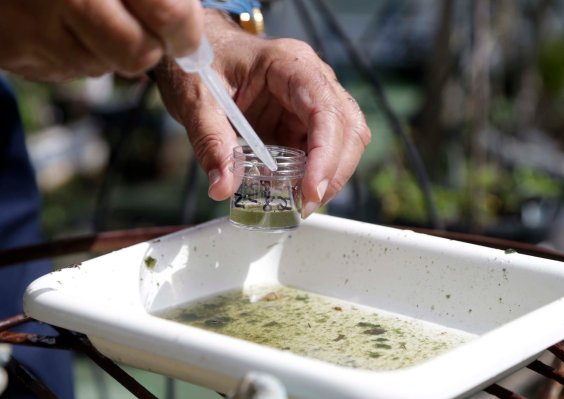 CDC Warns Pregnant Women Over Zika
Next Up: Editor's Pick