The easiest way to talk about the new slimmer Xbox One S, available August 2, is that it’s what the Xbox One should have been three years ago. There’s no bundled, controversy-laden Kinect peripheral. It’s able to rest in your entertainment center horizontally or vertically. It’s compact and thermally tepid, and it has a few new hardware tricks up its sleeve.

I’m not saying could have been, because insert aphorism about hindsight, the strictures of semiconductor manufacturing, and you know, hard determinism. But the Xbox One S is where, had the Xbox One somehow landed in late 2013 at a similar price as Sony’s PlayStation 4, Microsoft might have pulled ahead of its rival, or at least maintained sales parity.

Instead, we have reality as-is, which hasn’t been as tough on Microsoft’s flagship console as it has Nintendo’s Wii U. But Microsoft last put official Xbox One sales at 10 million. That was in November 2014, and the company’s been tight-lipped since. Electronic Arts put that figure at the close of 2015 as nearer 20 million, but it’s arguably a measure of how far below Microsoft’s aspirations the console has sold that Redmond’s abandoned retail specifics.

What you get out of an Xbox One S mid-2016 is a fairly standard incremental upgrade over the original. It’s 40% smaller, which matters less than that Microsoft’s managed to shrink the housing while keeping the system laudably cool and quiet. In my entertainment cabinet—an old-school armoire with close-quarters shelving where it sits a few inches from Sony’s warmer and noisier PlayStation 4—the new model’s fans were inaudible during routine gameplay, any heat wafting off the new grille-styled top barely detectable.

The color change (from black to “robot white”) also matters less than the shift from a glossy to matte finish, reducing the likelihood you’ll notice things like scratches or fingerprints (though I assume, conversely, that over time, you’ll be able to spot dirt smudging more).

Other exterior changes are minor but notable. The power supply is built-in, which makes a huge difference if you’re trying to stick the system on a stand not conducive to hiding cables, or that you want it to sit flush against the wall. The USB port that used to reside off to the left—which in my narrow armoire required that I pull the system out to plug in a gamepad charge cable—is now easily accessible from the front, where it’s accompanied by a newly added IR blaster (for interoperability with other devices like cable boxes or satellite receivers). The power button is now mechanical instead of capacitive, reducing the odds that you’ll inadvertently power down (or up!) with an errant jab from a toe, if your systems sit near foot level as mine do. And if you want to orient it vertically, you can finally do so, though you’ll need to buy the optional stand.

The wireless gamepad’s also been improved, styled in matching white, with a grip that’s now textured to mitigate slippage. The thumbsticks have also been upgraded, hewing firmly to their centers and with even more tactile knurling (think ultra-tiny raised dots) around the circular stick tops, for more dependable thumb twiddling. If you’re a Windows gamer and shift between your Xbox and PC, a compatibility feature Microsoft’s increasingly doubled down on, these new gamepads now support Bluetooth connectivity to Windows 10 PCs, too.

If you’re fan of Kinect, which makes sense if you’re into voice command control, know that the Xbox One S out of the box requires a separate Kinect adapter. You can request a freebie (for a limited period) if you’re upgrading from an older Xbox One, or else you’re on the hook for a $39.99 part.

I don’t have a 4K TV, so wasn’t able to test the system’s support for ultra-HD content. I assume it works as advertised, but can’t speak to the merits of the Ultra HD Blu-ray Player app you have to download (it’s free) from the Xbox Store. There’s also support for the new high dynamic range standard (HDR10) in both video and video games, which is just a fancy way of saying “improved contrast ratio” (you’ll notice more differentiation between whites and darks). But it’s limited to video right now (like the Blu-ray copy of Star Trek Microsoft shipped with our review unit), since the first games that support it won’t be out until later this year, and once again, you’ll need to have a TV that supports it.

Otherwise this is still the same system that’s struggled in enthusiast comparisons of multi-platform games (the system’s Achilles heel, a least for a vocal minority, has been its tendency to run games at lower levels of fidelity compared to Sony’s more powerful PlayStation 4). The flip side is that investing or remaining in the Xbox ecosystem now may pay dividends next year when “Project Scorpio” arrives: a vastly more visually muscular version of the Xbox One that by initial accounts outperforms Sony’s own forthcoming PlayStation Neo.

Pay attention to launch timing here before leaping. The 2TB model that’s available August 2 costs $399, but Microsoft plans to sell otherwise identical 500GB and 1TB versions for $299 and $349 respectively. In what seems like a ploy to drive enthusiast sales off the block, you’ll have to wait until August 23 to lay hands on either of those. 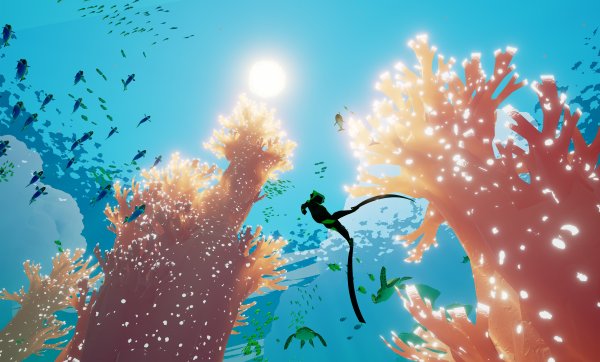 Review: 'Abzu' Lets You Explore the Sublime Waters of Creation
Next Up: Editor's Pick