Charles Koch, the industrialist billionaire, told allies Sunday that rumors that he would support Democratic presidential contender Hillary Clinton were “a blood libel.” The patron of a network of political and philanthropic groups, however, added that he could not support Republican nominee Donald Trump.

Koch opened his twice-a-year keynote speech to his political allies with a dire assessment of the White House contenders. In an afternoon address at the grand Broadmoor Resort, to 400 guests who donated at least $100,000 to the Koch network, he said the priority of his groups would be the keep Republican majorities in the Senate and the House to block bad proposals from either White House winner.

A day earlier, in welcoming his guests, Koch mentioned neither Trump nor Clinton. He had previously seemed to hint he’d be open to Clinton.

The Koch network, formally known as Freedom Partners Chamber of Commerce, plans to spend roughly $250 million to shape electoral outcomes this year. Overall spending is expected to be around $750 million. That level of spending makes it one of the biggest players in politics, so it’s all the more remarkable that the network is staying on the sidelines when it comes to the White House race.

Having soured on the 2016 campaign, Koch told his allies that his groups would focus on shaping the country’s culture by funding efforts on college campuses and with social groups.

“This network is accelerating its efforts to move key institutions to support a system that maximizes peace, mutual respect and wellbeing for everyone,” Koch said. “Unless we make progress here in our culture, we are doomed to lurch from one political crisis to another. We’ll likely degenerate into socialism or corporatism.”

The Koch groups plan to leverage their massive checking accounts to boost other projects as well. “We’ve got our work cut out for us. But this is the only credible path I see for changing the trajectory of this country,” said Koch, one of the richest Americans and the head of the ubiquitous Koch Industries.

The Koch retreats are typically private affairs, but a handful of reporters were invited to some sessions. In exchange, journalists agreed not to identify donors without their permission. Before going into the session, staff asked that any electronic device that could record remarks be handed over. 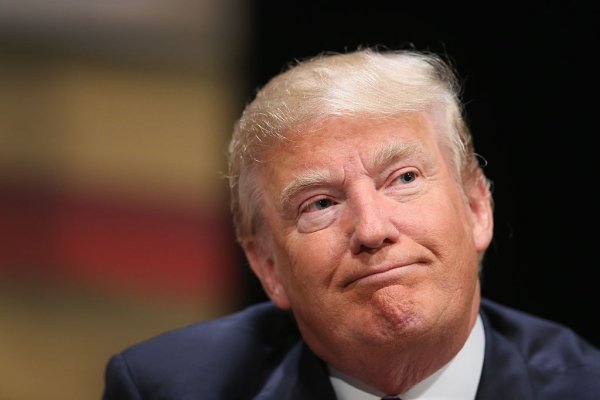 Donald Trump Complains About Debates Overlapping With NFL Games, But the Dates Won’t Change
Next Up: Editor's Pick