As Hillary Clinton became the first woman to accept a major party’s presidential nomination on Thursday, many remembered other women who have also put cracks in that “highest, hardest glass ceiling,” including Shirley Chisholm, the first black woman to run for President in a major political party. She was also the first black U.S. congresswoman.

Anthony J.Williams, editor in chief of the Afrikan Black Coalition, started the hashtag “to commemorate black women who impacted your life,” he said on Twitter. 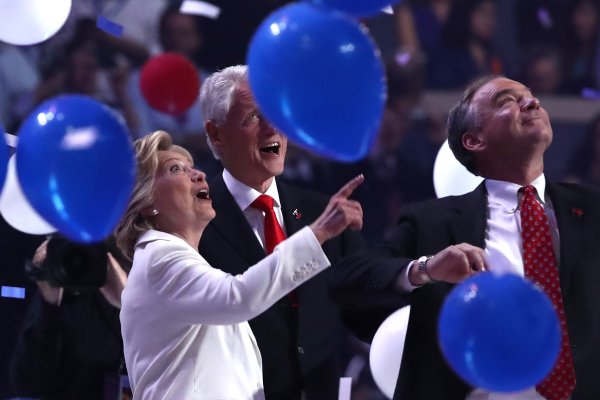 See Hillary and Bill Clinton Experience Pure Joy With a Bunch of Balloons
Next Up: Editor's Pick