Today Is International Tiger Day. Here’s Why That Matters

There are many days every year meant to recognize various causes—from Arbor Day to the upcoming Earth Overshoot Day. International Tiger Day—celebrated on July 29—is one worth observing.

Only a few thousand tigers remain a result of animal poaching and trafficking, according to a United Nations Environment Program (UNEP) report. That’s a 97% decline from a century ago and some subspecies have already gone extinct.

But there is a glimmer of hope. Aggressive anti-poaching measures have been met with success in some parts of the world. Nepal, for instance, has launched an aggressive law enforcement effort to prosecute poachers and monitor wildlife. “At a time when poachers are waging an all-out war against wildlife, Nepal serves as a beacon of hope for the tiger,” said John Goodrich, tiger program director at the group conservation group Panthera, in a press release.

Now, conservation groups are pushing other countries to do the same. 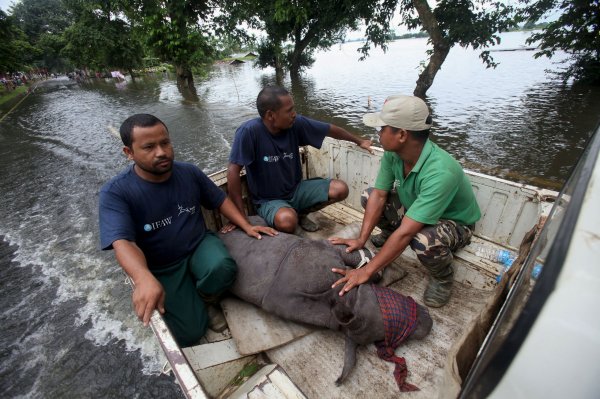 These Baby Rhinos Were Saved From Floods in India
Next Up: Editor's Pick