Representative from Missouri Emanuel Cleaver delivers remarks in the Wells Fargo Center on the final day of the 2016 Democratic National Convention in Philadelphia on July 28, 2016.
Shawn Thew—EPA
By Tessa Berenson

The Democratic National Convention has been filled with celebrity appearances, but one congressman brought down the house with his five-minute speech Thursday night.

Missouri Rep. Emanuel Cleaver, a United Methodist pastor and chair of the Congressional Black Caucus, roused the crowd by comparing Hillary Clinton to Jesus. He said, “They put him in a grave, and three days later, the world knew he wouldn’t stay throwed. Now here’s a warning— to those who might be tempted to spend the next four years trying to knock Hillary Clinton down — You better get ready for a woman who won’t stay throwed!” 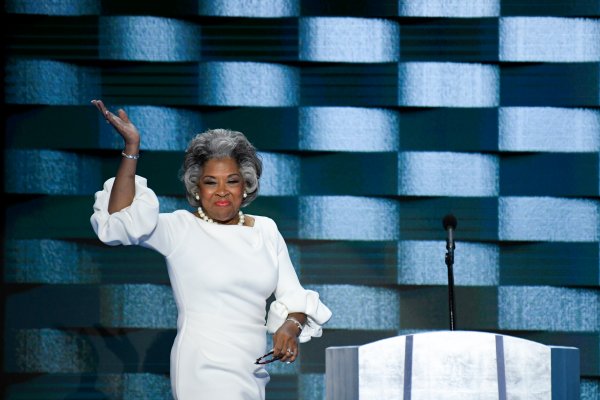 Joyce Beatty at DNC Appears to Wear Same Dress as Melania Trump
Next Up: Editor's Pick