I couldn’t help but think last night, watching Hillary’s triumphant nomination acceptance speech at the Democratic National Convention, that she had finally felt the Bern. In sharp contrast to President Obama’s sunny speech the night before, which focused on mainly the good economic news about falling unemployment and high stock prices, Clinton managed to be both optimistic, and realistic. She said exactly what the progressive wing of the party wanted to hear: that she’s going to make creating better jobs with higher wages her number one priority while in office. And that she understands that our economic recovery, the weakest and longest of the post World War II era, has exacerbated an already growing wealth divide in which the richest Americans have done better than ever and the poorest are stuck in low-wage jobs..

By focusing on wage hikes, the economic struggles of millennials (the class of 2016 is the most indebted in history), and the divide between Main Street and Wall Street, she went some way towards bridging the divide in the party between centrists and progressives, the latter of whom feel Democrats took a wrong turn during the Clinton years. (I’d agree with them.) Earlier in the day, I moderated a panel touching on that topic at the DNC for the Roosevelt Institute, whose chief economist Joseph E. Stiglitz was one of those who argued in the 1990s (along with others in Bill Clinton’s administration, like former labor secretary Robert Reich) for a greater focus on the growth-destroying inequality rather than a continuation of Reagan-esque laissez-faire policies. The fact that the trickle down camp won is a key reason the 1990s boom didn’t last. Both Stiglitz and Clinton pollster Stan Greenberg argue that acknowledging all this in a message of economic realism would actually play better than straight-forward optimism amongst millennials, minorities, working moms and other groups that Clinton needs to court to get enough of a win to create a mandate for serious economic change. Certainly, it’s more in line with the felt experience of those voters.

Based on last night’s speech, it seems that Clinton has taken much of the progressive playbook to heart. She talked about the need to make sure that giant companies aren’t flying 35,000 feet above the problems of local populations, hording wealth abroad, while outsourcing jobs and profits. She talked about the need to create a financial system that lends to small business which create the majority of American jobs. “Too many dreams die in the parking lot of banks,” as she put it. She talked about making tuition free for not just the working class but also middle class students–something that’s crucial to creating more growth. Harvard academic work has shown that when the quality and availability of education outpaces technology, jobs are created. Unfortunately, that link has been broken since the 1970s. Fixing it is key to getting back to trend growth, and making sure the gig economy doesn’t become a zero sum game.

Of course, all this will require bipartisan support. But as Clinton made quite clear in her speech, bringing people with different ideas together under one tent is her wheelhouse. Last night at least, she went some way towards unifying her own party. 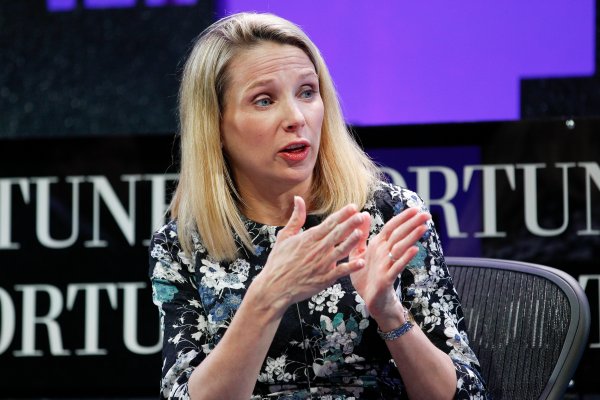