Florida‘s Department of Health announced Friday that four people infected with the Zika virus probably caught it from local mosquitoes.

One woman and three men were infected with the Zika virus in Miami-Dade and Broward counties.

Florida’s Department of Health believes that the transmissions of the Zika virus are occurring in one small area in Miami-Dade County. This is the only area where the department is testing for local transmissions of Zika.

“While no mosquitoes have tested positive for the Zika virus, DOH is aggressively testing people in this area to ensure there are no other cases,” Scott said in a statement.

Scott also said that Florida plans to put every resource available to fight the spread of Zika in Florida, and he says people in Florida should take precautions by eliminating standing water and wearing insect repellant. Scott also urges expecting mothers to contact their doctors for guidance and to acquire a Zika Prevention kit. 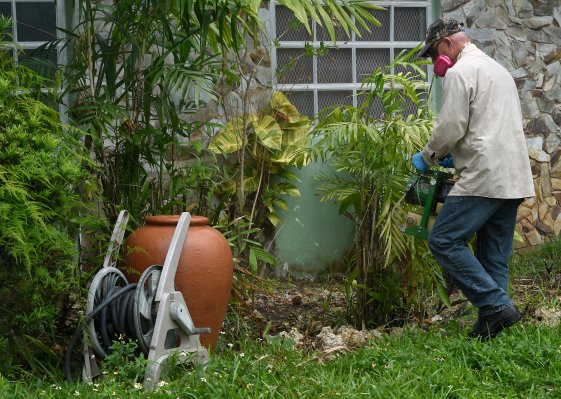