Review: 'Abzu' Lets You Explore the Sublime Waters of Creation

Abzû is a beautiful game the way “The tornado uncoiled harmlessly into the air it was made of” is a beautiful sentence. Splendor is its stock in trade, and its sun-washed seascapes are stunning in a way you can rhapsodize without feeling like you’re just lionizing some renderer’s feats of geometric efficiency. As I played, it made me think of all the aquariums I’ve visited, places of mystery and tenebrous beauty more alien than anything sprung from a filmmaker’s imagination.

Yes, Abzû, out for PlayStation 4 and PC on August 2, is in the most basic sense a swimming simulator. It transpires in watery chapters marked by idiosyncratic themes, some vibrant psychedelic playgrounds, others more like aquatic mausoleums. You move from one pellucid space to another by dint of simple start-stop controls, undulating faster by timing button taps for boosts. There’s little else to its controls or play ideas. It’s not about being the most agile swimmer, or solving tortuous puzzles. There’s no seesaw of risk versus reward.

You’re instead offered a mystery that uncoils like stanzas in a poem, a metaphor for a creation myth that’s vaguely Babylonian, if I’ve read it correctly. As you proceed to bleaker depths, the waters darken and the sense that you’re engaging with something adversarial deepens, though there’s no combat in the game, and your interactions are strictly archaeological.

What you’re excavating is a story both symbolized by your passage and punctuated by encounters with sequential artwork of the sort identified with antiquity. Pictographs adorn enameled walls tiled in gold, zinc and cerulean. Human-like figures perform actions in elliptical tableaus. Do they explain why you’re here? What happened to these places and why? It’s like scuba diving, only between the pleasures of investigating rainbow coral reefs, sun-pierced sea kelp and shoaling sea creatures, you’re performing a kind of visual exegesis.

Along the way, Abzû takes an idea that’s already innate to your journey and names it: You can elect to “meditate” by approaching shark-like statues in each area. Tap a button near one and you’ll assume a yoga-like sitting pose as the camera starts to pan around like a lure, settling on this or that type of fish and letting you nudge the control stick to shift around the ecosystem. It’s the game getting out of the way for a few graceful moments, a way to encourage appreciation of subtleties that might otherwise go unnoticed–part panoramic dawdling, part 3D screen saver.

Contemporary sea life intermingles with prehistoric forms, signaling the story’s epochal ambiguity. Threadfin butterflyfish and powder blue tang might dart about one area, while Cretaceous glow-eyed archosaurs and mottled elasmosaurs swoosh through another. Predators occasionally gobble prey in a nod to philosophical naturalism. The only error in all this is oddly technical: a pair of superfluous black bars that appear at the top and bottom of the screen when meditating, inexplicably spoiling the view. These should have been ditched entirely.

Otherwise you swim and observe, grooving to Journey composer Austin Wintory’s lush, poignant soundtrack (arguably his finest work yet). Occasional trigger points let you tap a button to liberate schools of fish or summon temporary companions. Occasional hostile objects that lie between you and a goal require a bit of weave-and-dodge maneuvering, but only knock you back for a few seconds. There aren’t things you’re trying to do, measured against informational overlays. Metrics like health bars and air gauges are anathema to what Abzû‘s up to.

There is a game that Abzû is like, and this is where it’s worth noting that Abzû‘s artistic lead (and Giant Squid Studios founder) Matt Nava comes to us from games like Flower and Journey. While I imagine you’ll see a lot of people squinting to make Journey analogies because of Wintory’s involvement, Abzû shares much more of its DNA with Flower, a game in which you played as the wind, conveying flower petals through initially rustic areas that gave way to dismal urban ones.

Abzû is similarly framed, with occasionally analogous sequences. At one point you vault through water-space incentivized to tag groups of fish that yield desirable audio-visual effects; at others, veering too close to dangerous-looking objects elicits a shock. The similarities drew me out of the experience, like noticing an artist hand-wave to another too literally.

But these were transient passages, and so much of Abzû‘s construction defies goal-oriented motion. It’s more often a nod to mindfulness, like sitting quietly in a room listening to John Luther Adams’ Become Ocean through a pair of audiophile cans, alpha waves rising, reaching for something that lies beyond the frame of the experience. 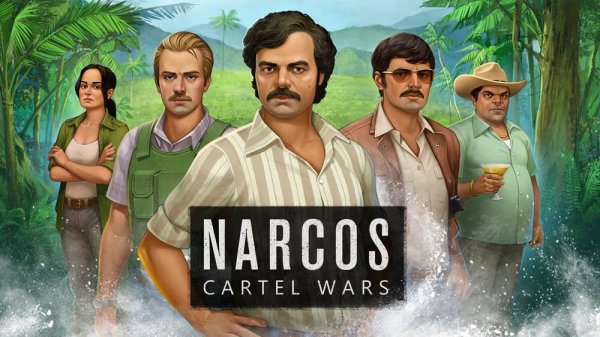 Now You Can Run Your Own Cartel With Netflix's Narcos Mobile App
Next Up: Editor's Pick