Both Donald Trump and Hillary Clinton will receive classified security briefings in the coming weeks, but not everyone thinks that’s a good idea.

A petition to prevent Trump from receiving the intelligence briefings had garnered more than 97,000 signatures as of Friday morning. The petition responds to Trump’s recent call for Russia to spy on Clinton’s emails.

“It’s hard to imagine that a presidential candidate who has possibly violated federal law, by asking a hostile government to spy on a former secretary of state, should be eligible to receive briefings. It would be irresponsible and dangerous for [Director of National Intelligence James] Clapper to provide them,” the petition says.

Some members of Congress agree. Senate Minority Leader Harry Reid told the Huffington Post, “I would suggest to the intelligence agencies, if you’re forced to brief this guy, don’t tell him anything, just fake it, because this man is dangerous.”

Still, while some worry about classified intel in Trump’s hands, others question Clinton’s ability after the scandal that erupted from her using a private email server while Secretary of State. After FBI Director James Comey revealed in July that the FBI found classified information on Clinton’s private server, people started petitions hoping to bar her from the briefings. Speaker of the House Paul Ryan also weighed in, saying, “I think the DNI, Clapper, should deny Hillary Clinton access to classified information during this campaign given how she so recklessly handled classified information.”

Clapper rejected the ideas behind both petitions Thursday, saying there isn’t any hesitation in the intelligence community about briefing the candidates. “There’s a long tradition that the intelligence community at the appropriate time—and now is the appropriate time since both candidates have been officially anointed—that both camps will be reached out to and offered briefings,” Clapper said. 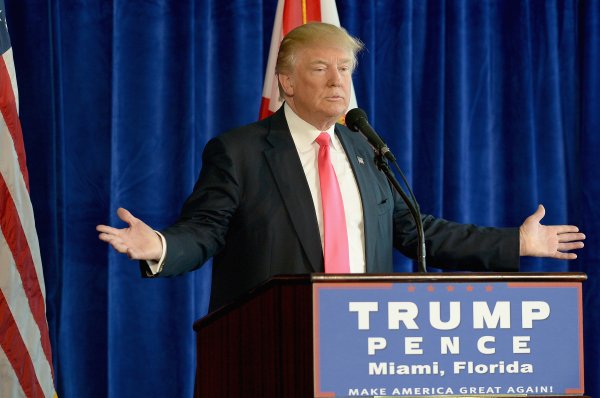 Speaker Paul Ryan Calls on Russia to 'Stay Out of This Election'
Next Up: Editor's Pick