The father of a Muslim Army captain who died in Iraq challenged Donald Trump at the Democratic convention Thursday.

Captain Humayun S.M. Khan of Virginia died in 2004 after a vehicle packed with IEDs exploded near him, and he was buried in Arlington National Cemetery.

Standing on the stage in Philadelphia, his father, Khizr M. Khan, noted Trump’s call to ban Muslims from entering the U.S., held up a pocket copy of the Constitution and challenged the Republican nominee.

“Let me ask you: Have you even read the U.S. Constitution? I will gladly lend you my copy. In this document, look for the words liberty and equal protection of law,” he said, as the crowd broke into chants of “USA! USA!”

Khan also criticized Trump’s comments on immigration and his proposal to build a wall on the Mexican border.

With his wife at his side, Khan pleaded with the audience to honor the sacrifice of his son by voting for Clinton in November.

“My son had dreams too, of being a military lawyer. But he put those dreams aside when he sacrificed his life to save the lives of his fellow soldiers,” he said. “I ask all Muslim immigrants, all immigrants and patriotic Americans to not take this election lightly.”

Read his full remarks as prepared for delivery: 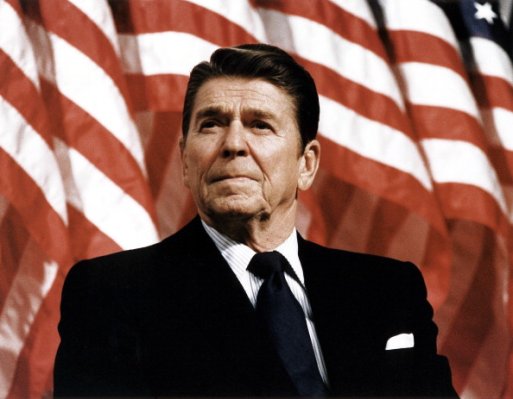 Watch Democrats Use Reagan to Criticize Trump
Next Up: Editor's Pick