Khloé Kardashian is whipping her body-shamers into shape.

On Thursday, the Keeping Up with the Kardashians star became fed up with people judging her slim physique and took to Twitter to express her aggravation towards critics.

“I need to remember the date today!!” tweeted Kardashian. “Never would I have ever thought I would be in the media for being ‘too skinny’. What on earth?!?!”

“First I’m too fat and now I’m too skinny,” her second tweet read. “I love this game!!”

Kardashian, 32, has revealed that she sees the gym as therapy and previously told PeopleStyle that her 40-lb. weight loss came with hard work.

Keeping Up with the Kardashians airs Sundays (9 p.m. ET) on E! 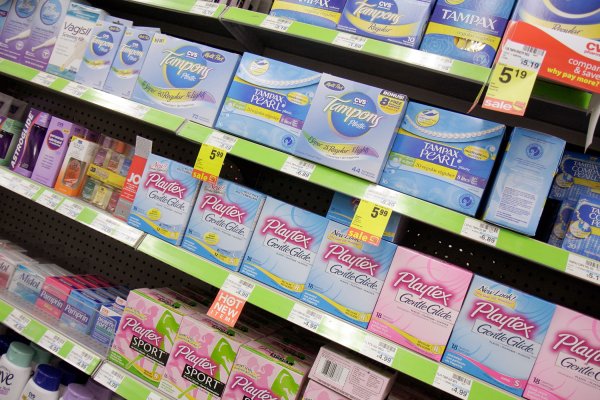 Why Tampon Companies Should Donate to Women's Charities
Next Up: Editor's Pick