Halsey Opened Up to 'Rolling Stone' About Her Life

Twenty-one-year-old Halsey (real name: Ashley Nicolette Frangipane) is one of those breakout pop stars with a Cinderella-style rise to stadium-level success. In a new profile with Rolling Stone, the young singer shared some personal details about her youth and the challenges she’s faced in her career so far.

Frangipane said that after dropping out of college, she was kicked out of her home by her parents at 19, spending time with a group of “degenerate stoners” in lower Manhattan.

“I remember one time I had $9 in my bank account,” she told Rolling Stone, “and bought a four-pack of Red Bull and used it to stay up overnight over the course of two or three days, because it was less dangerous to not sleep than it was to sleep somewhere random and maybe get raped or kidnapped.”

When she was 17, she was diagnosed with bipolar disorder, which she has been open about in past interviews.

From that tenuous start, she sprang to stardom thanks to a serendipitous meeting with a music producer at a party at a Holiday Inn in Newark, NJ; you’ve probably heard her first single (and the first song she ever recorded in a makeshift studio), produced soon after that meeting, “Ghost.”

She also shared the story of her miscarriage two years ago, due to what she says was exhaustion from an intense touring schedule. A few hours later, she tells Rolling Stone, she was back on the stage.

Halsey’s fans have applauded these vulnerable admissions as well as a short VICE Autobiographies video in which she she addresses her biracial background and her bumpy youth. The Twitter hashtag #proudofhalsey has been trending, with almost 24,000 tweets and counting. 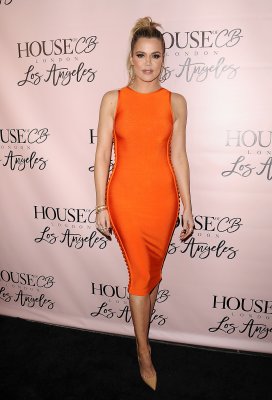 Not Even Khloé Kardashian Can Keep Up With the Body Shaming Comments
Next Up: Editor's Pick