James Clapper, the Director of National Intelligence, reaffirmed Thursday that both Hillary Clinton and Donald Trump would be offered classified national security briefings in the coming weeks, despite protests from partisans about the briefing of both nominees.

“There’s a long tradition that the intelligence community at the appropriate time—and now is the appropriate time since both candidates have been officially anointed—that both camps will be reached out to and offered briefings,” Clapper said. “We’ve got a team all prepared,” he added.

Speaking at the Aspen Security Forum, Clapper noted that there is no security clearance required for the briefings. “The fact that they’re a candidate qualifies,” he said, adding it would be inappropriate if it were otherwise. “And I’ll tell you really it’s not up to the administration and certainly not up to me personally to decide on the suitability of a presidential candidate.”

It’s up to voters to provide the ultimate clearance, he argued. “And they will make that decision to pick someone who will be cleared for everything.”

Concern over the briefings came to a head this week from Democrats concerned by Trump’s call Wednesday for Russia to hack Clinton’s private email. Senate Minority Leader Harry Reid encouraged the intelligence community to give Trump fake information to prevent leaks.

“I would suggest to the intelligence agencies, if you’re forced to brief this guy, don’t tell him anything, just fake it, because this man is dangerous,” Reid said in an interview with the Huffington Post.

But Clapper rejected both complaints Thursday, adding that “there isn’t” any hesitation in the intelligence community about briefing the candidates.

“Neither I, as the DNI, nor anyone else in the administration … make that determination,” Clapper said. “That’s the determination made by the electorate. So we will brief both candidates if they want it.”

An Intelligence Official familiar with the matter said the briefings will be provided “on an even-handed, non-partisan basis,” with invitations to work out the logistics coming after the conclusion of both conventions.

“Candidates are advised of the classified nature of the material, and operational and policy matters are not addressed,” the official said. These are not daily briefings. Candidates typically receive one or two strategic-level briefings that provide broad threat overviews.” 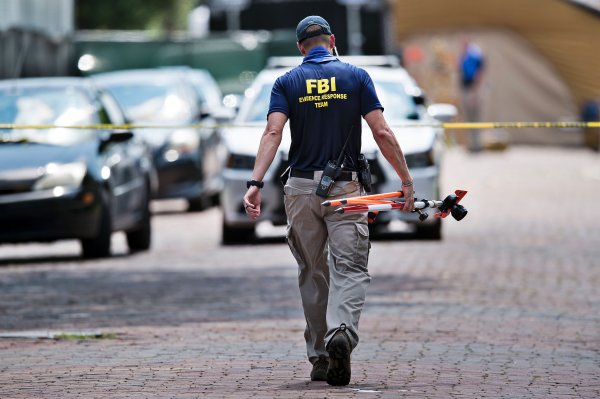