The first openly transgender speaker at a major political party convention lauded the country’s progress on LGBT issues but warned that more needed to be done during brief remarks Thursday night in Philadelphia.

McBride noted that when she first came out as transgender she worried how it would affect her.

“I worried that my dreams and my identity were mutually exclusive,” she said. “Since then, I’ve seen change.”

Since then, McBride has interned at the White House and now works for the Human Rights Campaign.

“Today in America, LGBTQ people are still targeted by hate that lives in both laws and hearts,” she said.

Read her remarks as prepared for delivery: 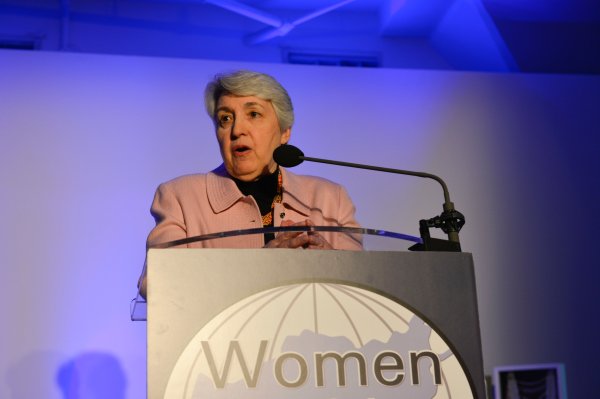