The meteorological summer so far—June and July—is on track to be the fifth warmest on record for the continental U.S., and as August gets fully underway, the Northeast is already in the grip of another killer heat wave, with heat indexes that could break 100 F this weekend. Even during the hottest days, though, city dwellers usually get a natural break from the heat when the sweltering sun disappears to make way for the relatively cool night. But climate and public health experts warn that nighttime temperatures no longer provide the solace that they might have a century ago. Across the country, nighttimes during a heat wave actually exacerbate the risks of sickness and worse from high temperatures.

The human body’s need for a break from extreme heat is the central issue in heat wave-related heath risks. Humans survive in hot weather by sweating to cool down, requiring constant hydration. But while we can endure limited periods at very high temperatures—as anyone who has ever spent time in a sauna knows—the body eventually needs a break from the heat so it can rest and recover.

Nighttime should offer a natural relief for those without artificial cooling, when the sun disappears and temperatures drop. But that doesn’t work if even the low temperatures stay high. “When it’s hot out, your body has to work pretty hard to keep itself cool,” says Brooke Anderson, an epidemiologist at Colorado State University. “If it gets very hot at night and you continue to be exposed to it, your body does not get a chance to rest.”

Read More: This Is How Extreme Heat Can Kill

In recent decades nighttime temperatures have increased at a faster clip than daytime highs in the United States. And, while months of new record highs receive news coverage and attention, few people notice the increase in the daily low temperatures that occur at night.

Scientists attribute the overall temperature rise to man-made global warming, but they are less sure about why nighttime temperatures are increasing faster. Some scientists have suggested it may be related to increased cloudiness, which locks hot air close to the Earth’s surface. Others suggest it could be the result of agricultural land-use changes that have resulted in increased irrigation and, in turn, increased humidity.

Read More: February Had the Most Above-Average Temperatures on Record

“People might think, ‘who cares about night? It’s cooler,'” says Ken Kunkel, a senior scientists at NOAA’s National Centers for Environmental Information. “But don’t ignore the increase in night time temperatures… they matter.”

High nighttime temperatures have already been linked to hundreds of deaths, scientists say. They are part of what led to the particularly high death toll in the 1995 Chicago heat wave that killed more than 700 people. Researchers, including Kunkel, have documented how the city’s residents reluctance to open windows and turn on air conditioning at night drove the heat-related deaths.

Addressing the issue, as well as heat waves more broadly, poses a difficult challenge for policymakers. Deaths from extreme heat often draw less attention than flooding or extreme events like hurricanes. Experts say in the short term people need to turn on their air conditioning or go to a cooling center. But the problem will only get worse—and it could get a lot worse—without addressing man-made climate change. 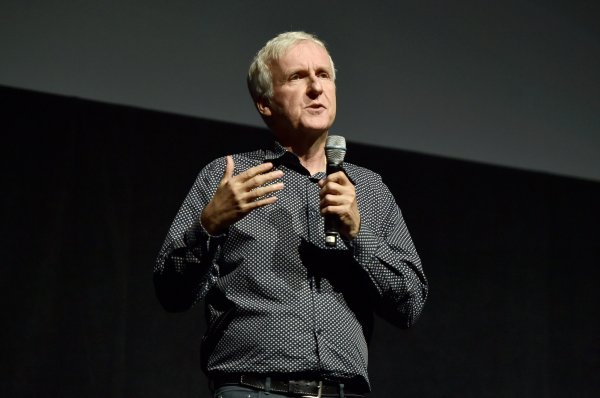