Hate Crime Laws Are a Form of Discrimination

Dallas Police officers salute as family of officer Patrick Zamarippa arrives for his funeral on July 16, 2016. Zamarippa was one of the officers killed during the shooting in Dallas on July 7, 2016. Since, Texas Governor Greg Abbott has proposed that attacking police officers should be classified as a hate crime.
Paul Moseley—Fort Worth Star-Telegram/TNS/Getty Images
Ideas
By James B. Jacobs
Jacobs is the Chief Justice Warren E. Burger Professor of Law at NYU School of Law. He is the author of several books, including Hate Crime: Criminal Law & Identity Politics.

Louisiana recently enacted a law defining attacking a police officer as hate crime. Texas Governor Greg Abbott proposes a similar amendment to Texas’ hate crime statute. Some critics oppose these laws as watering down the meaning of hate crime, which they say should be reserved for especially powerless or vulnerable persons who are victimized because of their minority group status. While I have been a persistent critic of the hate crime law movement, if there are going to be hate crime laws, anti-police bias should certainly be covered.

While hate crime law comes in various shapes and sizes, depending on the particular state or federal version, they generally enhance punishment for crimes motivated at all by widely condemnable biases—the same ones targeted in laws aiming to rectify discrimination in housing, education and employment. However, unlike in these other contexts, the perpetrators of this criminal discrimination are not members of the power structure. Indeed, they are mostly young men with confused mindsets. Moreover, the remedy that hate crime laws offer is also different. The victims do not obtain benefits for which they were wrongly denied; rather, their victimizers receive especially severe punishment, usually in jails and prisons that are cauldrons of intergroup, especially inter-racial, conflict and intolerance.

The hate crime law movement re-criminalizes conduct that is already criminal. In effect, it creates a hierarchy of victims—one based upon the group identities of perpetrators and victims, as long as prosecutors can prove a bias motive. Thus, from the beginning, hate crime laws have simply given us something else to argue about: whose victimization should be punished more severely. They further politicize a law-enforcement and criminal-justice process that does best when it is perceived as being apolitical and even-handed—not a tool of identity politics.

Arguments about the kinds of crime victimization that should be defined as hate crime date back to the mid-1980s, when the concept of hate crime was invented. The early hate crime laws focused on criminals with anti-Semitic and anti-black motivation. But they did not initially cover male violence against females. Those who drafted and lobbied for the hate crime laws argued that most male violence against women is motivated by interpersonal conflict, not misogyny, and that to make such crime eligible for hate crime coverage would water down (indeed swamp) the hate crime category. Eventually, politicians rightly rejected that position and added gender bias to the list of those that transform ordinary crime into hate crime.

Hate crime law proponents also opposed recognizing racist attacks on whites as hate crime. They argued that when, for example, blacks attack whites it is invariably for economic, not bias reasons. They lost that argument in the courts. Today, the hate crime laws are often used against African-American perpetrators, perhaps in a small way adding to racial disparities.

Next the battle to hold the line against expansion of the definition of hate crime shifted to sexual orientation bias. Despite the sordid history of gay-bashing, there was much resistance to treating anti-gay and lesbian bias as a hate crime trigger because, according to the opponents, it would lead to recognition of discrimination against gays and lesbians as worthy of inclusion in anti-discrimination law generally—in housing, education and the like. Eventually, that twisted thinking was also rejected. Meanwhile, many other biases were absorbed into various state-level hate crime laws: those based on age, handicap, veteran’s status, political party and family status.

Those who oppose extending hate crime coverage to anti-police crimes of violence will be no more successful than the previous hold-the-line arguments. Politicians will see no advantage in opposing the amendment, especially in light of the recent cold-blooded assassinations of law enforcement officers. Such opposition will be viewed as “anti-police.”

(Louisiana’s hate crime statute already defined hate crime as an assault “because of [the victim’s] actual or perceived membership or service in, or employment with, an organization.” The term organization would include anti-police bias. The new amendment just makes this more explicit.)

Hate crime laws should be understood as symbolic expressions rather than necessary criminal justice fixes. First they “send a message” in support of victims and the advocacy groups that speak on their behalf that “we stand with you and deplore your victimization.” Second, they tell the general public: “Your elected representatives deplore criminals, especially biased criminals.” Third, they say to would-be criminals: “Society regards selecting victims on the basis of some biases as even more deplorable than selecting victims at random or for idiosyncratic reasons.” As Governor Abbott put it last week, “At a time when law enforcement officers increasingly come under assault simply because of the job they hold, Texas must send a resolute message that the State will stand by the men and women who serve and protect our communities.”

Hate crime laws are all about expressive politics and not at all necessary for effective and fair law enforcement. Proof is often not easy to come by because offenders usually have mixed and confused motives, and if the crime is committed without epithets or a confession, motivation is difficult to establish beyond a reasonable doubt. (Though adding a hate crime count to an indictment for assault or other crime strengthens the prosecutor’s hand in plea bargaining.) And clearly the U.S. does not suffer, at neither the federal nor state level, from insufficiently punitive law. This is especially true when it comes to serious crimes of violence, where long—even life—sentences are routinely available. For cold-blooded murder, Louisiana and Texas already prescribe the death penalty. Even low-level crimes are almost always punishable much more severely than is necessary or justifiable. That is why “mass incarceration” today is viewed as a national pathology.

Assaulting, much less killing, a police officer has always, in every jurisdiction, been treated extremely seriously. In states with the death penalty, like Louisiana and Texas, murdering a police officer can already be prosecuted as a capital offense. The move to conceptualize attacks on police as hate crime is a rhetorical ploy, but that is true of the whole hate crime law movement. Soon, if not already, so many crimes will be eligible for hate crime treatment that those victims who are not covered will, perhaps rightly, feel discriminated against. 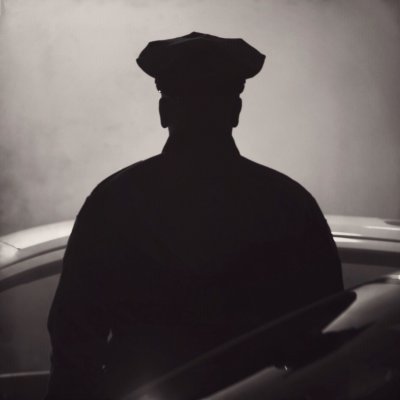 What Police Might Not Know About an Autistic Man
Next Up: Editor's Pick