Melania Trump's Website Vanishes Amid Questions About Her College Degree

Melania Trump’s official website has been wiped from the Internet after questions arose recently over whether the site’s claim that she holds a college degree is in fact true.

MelaniaTrump.com now reroutes to the homepage of the Trump Organization’s website, the extensive biography page of which bears no mention of Donald Trump’s wife. However, screengrabs from her former website obtained by the Huffington Post show that she claimed to have earned “a degree in design and architecture at University in Slovenia” before pursuing her modeling career.

Additionally, much of the 46-year-old’s biography on the 2016 Republican National Convention’s website echoes the wording used on her former website, including her claim of “obtaining a degree in design and architecture at University in Slovenia.”

However, a recent GQ profile of Trump said she “decamped to Milan after her first year of college, effectively dropping out.”

And a new unauthorized biography of the former model, Melania Trump: The Inside Story, claims that Trump’s educational history was fabricated in order to maintain a certain image, The Hill reports.

“[Donald Trump and his advisers] were desperate to give off the impression that the Slovenian model was not just beautiful, but also smart and well-educated,” the biographers claim.

Trump’s education came into question earlier this month after it was discovered that her GOP convention speech plagiarized parts of a 2008 speech by Michelle Obama.

Although Trump originally claimed to have written the entire speech herself, a Trump campaign staffer soon took responsibility for the plagiarism, claiming that Trump had sent her passages of Obama’s speech as inspiration for her own speech but the staffer failed to change the wording of those passages. 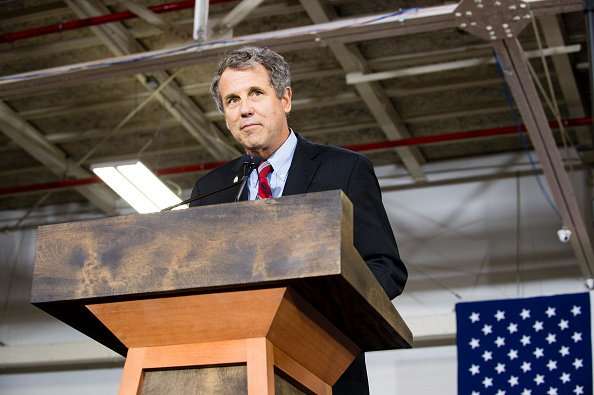 Meet the Ohio Senator Speaking at the Democratic Convention
Next Up: Editor's Pick