At the Alzheimer’s Association International Conference, experts eagerly awaited the results of the first advanced-stage trial involving a drug that targets tau, something that builds up in the brains of Alzheimer’s patients. The drug, called LMTM, works by preventing the aggregation of tau. Alzheimer’s researchers believe that tau starts to accumulate later in the course of the disease, after amyloid has triggered nerve cells to die the tau in these neurons starts to fall apart. What results are tangles of tau that begin to interfere with the brain’s normal functions. LMTM works to prevent the tau from clumping into disorganized masses.

Among the 891 in the study with mild to moderate Alzheimer’s disease, those assigned to take the experimental drug did not show any difference in their cognitive scores or their ability to perform their daily activities after 15 months compared to the people who received placebo.

However, the study leaders say, when they looked more closely at people who had not taken any other Alzheimer’s medications and only received the anti-tau drug, the results were more encouraging. These people showed a 33% slower rate of brain shrinkage, a common sign of advanced disease, compared with people on placebo.

How could both be true? The standard Alzheimer’s drugs that most people take, which can lessen some of the cognitive symptoms of Alzheimer’s but not treat them or prevent them, could be interfering somehow with the anti-tau drug. The other explanation is that the group who showed improvement were different in some way because they didn’t take standard Alzheimer’s drugs — in other words, since about 85% of people diagnosed with the disease are prescribed these drugs, it may indicate that the 15% who are not have less access to health care, or quality health care, and that may indirectly have other effects on their health that influence their response to the experimental drug.

“These results should in no way discount the thinking that tau is a good target,” says Dean Hartley director of science initiatives at the Alzheimer’s Association. “We just hope that this is the first trial of many that will help us better understand how anti-tau approaches will fit in Alzheimer’s treatment.”

The researchers, led by Dr. Serge Gauthier at the McGill Center for Studies in Aging and a member of the scientific board of TauRx, the company that developed the drug, did not test the patient’s for levels of tau in the brain. Currently, imaging techniques and tests of spinal fluid can pick up changes in tau levels, but Gauthier says that at the start of the study, two years ago, these techniques were less standard. In future studies, however, such measures will be included.

Having a direct measure of changes in tau could provide a clearer picture of how the drug is working in the brain. Gauthier believes that the results show that simply adding Alzheimer’s drugs on top of one another may not be helpful — he maintains that there may be interactions among them that could make some of the medications ineffective. It’s also possible that timing of Alzheimer’s drugs is important. Because tau generally appears later in the disease, in most of the people in the study the drug may have been too little too late.

To answer those questions, studies on this and other anti-tau approaches will have to continue. 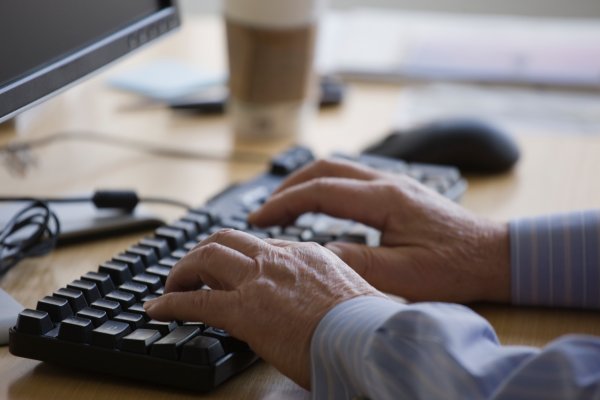 The Best Way to Delay Dementia Without Drugs
Next Up: Editor's Pick