Senators Lankford and Scott: Americans Should Dine With Families of Other Races

Our nation continues to reel from the race-related murders of eight police officers in Dallas and Baton Rouge, as well as the deaths of two African-American men in Baton Rouge and St. Paul, Minnesota, several weeks ago. These events have brought the issue of race to the forefront of the national conversation, and forced us to re-evaluate where the American family currently stands.

Our states have experienced the hatred and injustice of racism—for example, the 1921 Tulsa Race Riot in Oklahoma and last year’s tragedy at Mother Emanuel in Charleston, just to name a few. However, our states today have progressed in race relations and reflect the growing cultural and ethnic diversity of America. Not only is racial unity important to us, it is a value that America must embrace at every level.

In reaction to these latest tragedies, a false narrative has unfortunately arisen that Americans must either support police OR support Americans upset by the deaths of Alton Sterling and Philando Castile. This is a divisive trap that we must all reject.

We can denounce, in the strongest possible way, the cold-blooded murder of eight police officers in Dallas and Baton Rouge, while also grieving the loss of life in Baton Rouge and St. Paul. We can strongly support police and the sacrifices they make to defend us, and also support the First Amendment free speech rights of Americans who peacefully protest the deaths of Mr. Sterling and Mr. Castile. We can sympathize with the great stress and concern that every police officer faces on the job, and also sympathize with African-American males who feel constantly stereotyped and suspiciously judged by a small minority of law enforcement. Our hearts can break for the police officer’s family members left behind, and our hearts can also break for the children left behind following the deaths of two African-American fathers.

In the coming weeks and months, community leaders and elected leaders will discuss solutions to violence, racial tension and lack of opportunities in many of our communities. Substantive policy conversations will take place regarding support for our police, criminal justice reform, racial reconciliation, mental illness, a seemingly growing culture of violence, and jobs.

We have offered policies that will help provide opportunity for Americans who feel left out of the middle-class. For example, the bipartisan Leveraging and Energizing America’s Apprenticeship Programs or “LEAP” Act incentivizes apprenticeship programs to allow kids to earn and learn at the exact same time. Not everyone wants to attend or can afford college, but that doesn’t mean that they should not be able to find opportunities to provide for their families.

The Investing in Opportunity Act is a bill that leverages private sector dollars to be invested in distressed communities. And we also have advocated for providing more educational opportunities for every single child, no matter their background or zip code. We also are fighting to make sure states and local communities make educational decisions that are best for their communities. We both like each other’s states, but we don’t necessarily think that Oklahoma schools should be ran the same way as South Carolina schools, and vice versa.

Although, the first thought is often to look to government to solve race relations, we know the federal government cannot solve this problem.

The government can play a role, but it can’t solve everything. This is also an issue of trust that exists in the hearts of millions of people. Trust can only be built by spending time together and getting to know one another.

There are no quick answers, but long journeys start with a first step. We suggest the first step could be something we call “Solution Sundays.”

Americans do not really get to know their neighbors and fellow citizens at a rally or a big event, we get to know each other typically over a meal, especially in our home. What if Americans intentionally chose to put our prejudice and broken trust on the table by putting our feet under the same table? If it seems too simple and obvious, let me ask you this question… have you ever had dinner in your home with a person of another race? Many Americans have not.

Sunday is a slower, yet significant day, for most Americans. So, we challenge each family to give one Sunday lunch or dinner for building relationships across race, to literally be part of the solution in America. Obviously any day of the week works since the goal is to engage on the personal level of your own home to break down walls and build trust across our communities. It is harder to stereotype when you know people first-hand.

Congress has many issues, like our federal debt, a sluggish economy, rising health care costs, and flat incomes. But we can’t pass legislation to force racial unity and trust. Unity and trust must be accomplished in our families, local communities, churches, and families.

We both entered Congress after winning elections in 2010. We are from two different states, backgrounds, races and cultures, yet we have built real respect by spending time together on a personal level.

This is not a new idea, it is as old as America. Many families already intentionally reach out, but some families have yet to take the obvious first step of connecting your family with another family from a different race. We should move from, ‘I know someone from another race’ or ‘I work with someone from another race,’ to ‘we have spent time together developing friendship and understanding.’ During a time of great racial tension in our nation, we need more intentional relationships. We want unity, but are we willing to work for it and model it with our own family?

While it may be more convenient to remain divided, we should not ignore the obvious dissension in our culture any longer. We must build respectful unity together, one family at a time. We think something like Solution Sundays may hold the key to the solutions needed for our nation. 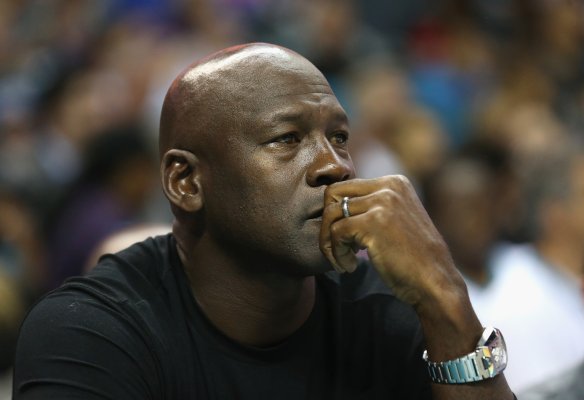 Michael Jordan Speaks Out on Police Shootings: 'I Can No Longer Stay Silent'
Next Up: Editor's Pick