How One Indian School Is Working to End Child Marriage

Habitually wiping the moisture off her brow, Kunti Rawat deftly rings up a sale while waving in a string of shoppers to Didi’s Food in Lucknow, India, where she is second in command.

Her older sisters were child brides, but she holds a master’s degree in business administration, an unlikely accomplishment for a village girl in a region of India notorious for selective abortions of girls and the use of gang rape to subjugate women. Of the world’s 720 million women married in childhood, a third live in India, where domestic abuse often stomps out academic aspiration.

But Rawat has no interest in fitting the mold. Tidily dressed in slim black jeans and a white top, her look is a sharp contrast to the women in Lucknow, who are dressed head to toe in colorful salwar kameez.

“It’s because of Prerna,” Rawat said, referring to her high school. There, teachers taught her to challenge patriarchy, drawing straight from Paulo Freire’s Pedagogy of the Oppressed. At Prerna Girls School, girls perform above the national average, and almost all of them finish 12th grade. They also march every year in the capital of their state in a formation of flowing peach uniforms to demand an end to violence against women and child marriage.

With recent honor killings — the murder of one family member by another due to the belief that the victim brought shame on the family — in Pakistan and Afghanistan, people are starting to take note of Prerna and education that empowers girls as a powerful antidote to gender-based violence.

Research showing tremendous payback for investments made early on in a girl’s life is driving more funding. The U.S. announced $70 million in funding to support adolescent girls in Pakistan, and First Lady Michelle Obama’s Let Girls Learn is a multi-million-dollar program for adolescent girls abroad.

We went to Prerna to sit in on what they call “critical dialogues,” conversations of the sort that don’t usually happen in a school, but should. These discussions often turn to the pressures that so many face — to drop out and marry — but the girls have other concerns as well. In one, after a ninth grader named Shailly told the group how she was harassed by the bus driver on the way to school, her classmates bolstered her courage. In another, the girls improvised a play about a maid trapped in an abusive household. Another ninth grade girl told us the dialogues help them “get ideas for how to deal with our problems.”

The founder of Prerna, Urvashi Sahni, started teaching in her backyard while a young mother and studying herself. She’s been teaching for 30 years, and it’s deeply personal for her. When Sahni was 24 years old, her cousin burned to death — it was either a suicide or a murder at the hands of her abusive husband and in-laws. The cousin’s 2-year-old son was in the house when she died.

Now Sahni protects her students from that kind of abuse. For example, her former student Khushboo was 16 when her father threatened to douse her in kerosene and burn her if she continued at Prerna. Sahni went to his house and confronted him, reminding him of his obligation to educate his daughter. That night, he beat Khushboo. Sahni soon found out and called protective services and the police. Still he wouldn’t relent, and so Khushboo moved in with her grandmother and kept coming to Prerna. Now Khushboo, a slender woman with lively eyes, has a master’s degree in gender studies.

Sahni’s curriculum pushes girls to reflect on their lives and to develop strategies to stand up for themselves. Sometimes the girls can’t escape family pressures, and so they work around them. One of Sahni’s students apologized for burning her book corners; she was studying while cooking lentils for her family.

About 800 girls attend Prerna, paying only $1.5 per month, which Sahni calls a “commitment fee,” although it’s often forgiven for girls who can’t pay. Sahni also founded the Study Hall Educational Foundation, which, in addition to other programs, runs a well-respected private school serving middle-class families in Lucknow. Prerna holds its classes on the Study Hall school campus in the afternoon. The double shifting lets Sahni keep Prerna fees low, and is also practical: most Prerna students work and can’t study in the mornings.

This month, parents streamed through Prerna’s courtyard and into an auditorium for a back-to-school meeting. But rather than discuss the calendar and the grading policy, Sahni held forth on the perils of child marriage. Ceiling fans blew hot air on the crowd while a panel of students spoke. One recounted how her parents had been furious when she declined to get married and instead stayed in school — “but now they are very proud of me,” she said. Before leaving, the principal asked each parent to sign a promise to keep their daughters in school at least until graduation.

“We want parents to understand that their daughters’ rights are underpinned by the constitution,” Sahni said. “And even though our bond isn’t legal tender, in many ways it morally binds them.”

A prolific social entrepreneur, Sahni also founded Didi’s Food, where she employs 65 Prerna graduates and their mothers. Several years ago we, recruited the former Ashoka fellow to be an Echidna scholar, a fellowship program for global advocates for girls’ education at the Brookings Institution. From there she planned the expansion of Prerna’s work into India’s public schools. Through this, Sahni is now reaching about 100,000 girls in 1,000 schools.

Back at Didi’s, Rawat works with electric determination, perhaps learned from Sahni, whom she calls “Auntie.” Her older sisters were married as young as 9, but her younger sisters will all graduate and get degrees. “I made a huge mistake marrying off my girls” Rawat’s father says of his first four daughters. “But now I have learned.”

Dr. Winthrop (@RebeccaWinthrop) is a senior fellow and director of the Center for Universal Education at Brookings. She is the co-author of What Works in Girls’ Education and a member of the board of directors of the Fuller Project for International Reporting. Dr. Ackerman (@XAckerman) is a multimedia journalist, director of the Fuller Project for International Reporting and the founder of Advancing Girls’ Education in Africa. 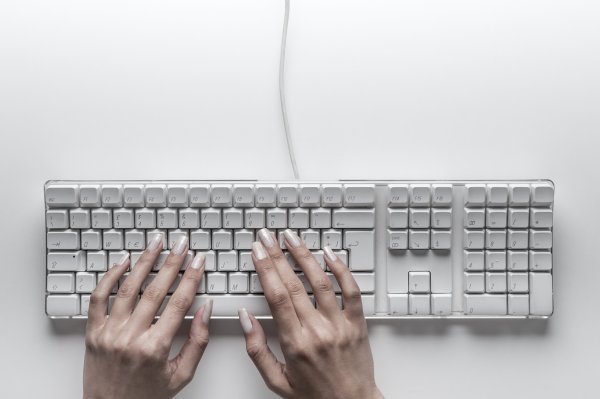 The Internet Restored My Voice When Doctors Couldn’t
Next Up: Editor's Pick