A JetBlue Airways Corp. Airbus Group SE A320 aircraft taxis to the gate on the tarmac at Long Beach Airport in Long Beach, California, on April 25, 2016.
Bloomberg—Bloomberg via Getty Images
By Abigail Abrams

The cocaine was tucked behind insulation inside a panel in the luggage compartment of each plane, a Columbia County Sheriff’s Office spokesman, Murray Smith, told ABC News. The first worker discovered 1 kilo of cocaine on July 20, and 2 kilos were discovered in the same place on a second plane July 24.

Passengers do not have access to the area where the drugs were stashed, and someone would have had to unscrew the panel to put the cocaine inside, Smith said.

Before flying to Florida, the first plane had most recently flown from the Dominican Republic to JFK International Airport in New York City. The Sheriff’s office is still waiting to get the second plane’s itinerary so they can look for common destinations.

Some of the cocaine has been sent to the Florida Department of Law Enforcement, where officials will look for fingerprints or DNA on the packaging and try to determine where the drugs came from. Smith estimated the cocaine had a street value of about $180,000. 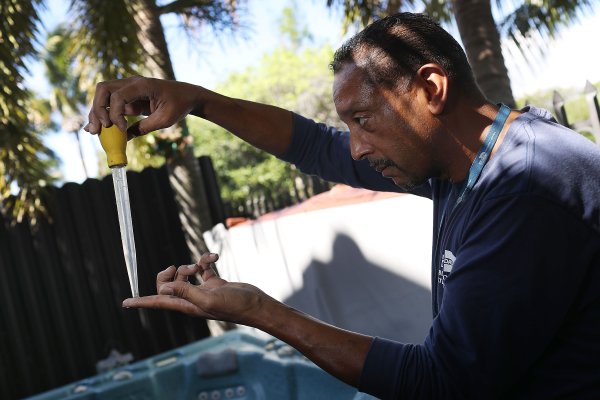 Florida is Investigating Two More Cases of Zika Not Related to Travel
Next Up: Editor's Pick