Speaking at the Democratic national convention in Philadelphia, the Virginia Senator argued that Trump has no solid plans for how he would run the country.

“He never tells you how he’s going to do any of the things he says he’s going to do. He just says, ‘believe me.’” he said. “So here’s the question. Do you really believe him? Donald Trump’s whole career says you better not.”

Kaine riffed on Trump’s speaking style for a good chunk of the speech. Watch his impression in the video above. 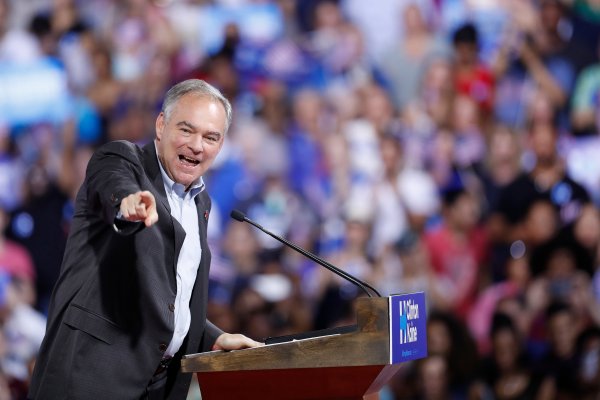 Read Tim Kaine's Speech at the Democratic Convention
Next Up: Editor's Pick