The billionaire, who once considered a presidential run of his own, blasted Republican nominee Donald Trump, arguing that his business experience was overrated given the millions he started with and his numerous bankruptcies.

“Donald Trump says he wants to run the country like he runs his business,” he said. “God help us. I’m a New Yorker, and I know a con when I see one.”

Bloomberg said he chooses candidates based on their ability to do the job. “Whatever our disagreements may be, we must put them aside for the good of our country. We must unite around a candidate who can beat a dangerous demagogue.”

“Tonight, as an independent, I am asking you to join with me, not out of party loyalty,” he said. “Let’s elect a sane, competent person with sane, international experience,” he said, calling her “a unifier who is mature enough to reach out for advice.”

“We don’t need a bomb thrower,” he added. “Trump is a risky, reckless choice and we can’t afford to make that choice.” 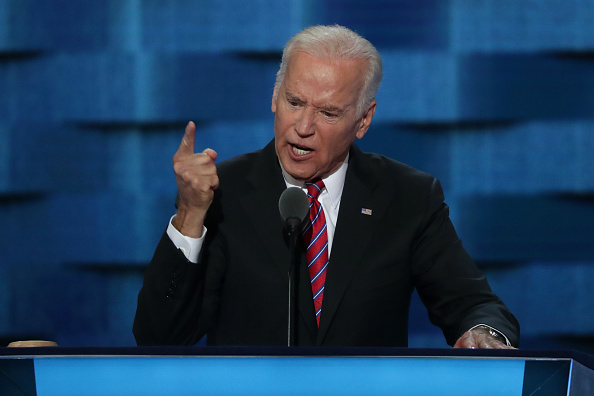 Read Joe Biden's Speech at the Democratic Convention
Next Up: Editor's Pick