In a development that could provide significant insight into the workings of the Islamic State (ISIS), U.S.-backed forces fighting the extremist group in Syria have recovered a large collection of its documents and data.

The documents were acquired during operations just outside the town of Manbij in the country’s north, Iraq-based U.S. military spokesman Col. Chris Garver was cited as saying by Reuters. The information collected totals more than four terabytes and includes laptops, USB drives and notebooks, as well as math and science textbooks containing pro-ISIS word problems.

Although the data — primarily written in Arabic — is still being analyzed, it has thus far revealed elements of the terror group’s methods of inducting foreign fighters into its forces.

“As a foreign fighter would enter, they would screen them, figure out what languages they speak, assign them a job and then send them down into wherever they were going to go, be it into Syria or Iraq,” Garver said.

“It is a lot of material, it is going to take a lot to go through, then start connecting the dots and trying to figure where we can start dismantling ISIS,” he added. 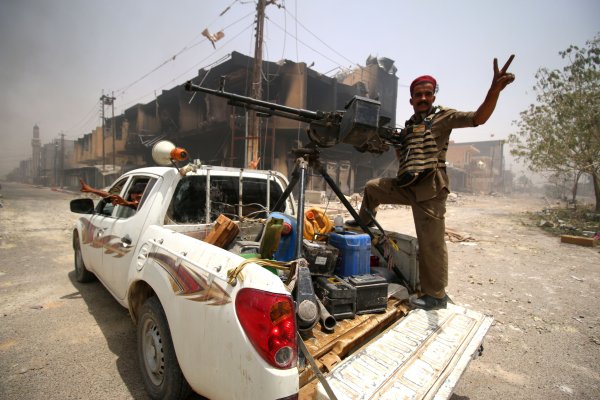 ISIS Loses a Quarter of Its Territory in the Past 18 Months
Next Up: Editor's Pick