Read the Emotional Speech From an Orlando Victim's Mother

The mother of an Orlando shooting victim took the stage to call for better gun-control policies at the Democratic national convention on Wednesday.

Christine Leinonen, the mother of Christopher “Drew” Leinonen, one of the 49 victims of the June shooting at Pulse, a gay nightclub, said that when she was a state trooper she had to turn in her service weapon when she went into labor with her son.

“The weapon that murdered my son fires 30 rounds in one minute. An Orlando city commissioner pointed out the terrible math. One minute per gun to fire so many shots, five minutes per bell to honor so many lives. I’m glad common-sense gun policy was in place when Christopher was born, but where was that common sense the day he died?” she asked.

Flanked by Jose Arriagada, Christopher’s ex-boyfriend and a survivor of the shooting, and Brandon Wolf, a friend of Christopher’s and another survivor, Leinonen added that her son was a supporter of Democratic nominee Hillary Clinton.

Leinonen’s speech received a standing ovation from the audience.

Read her full remarks, as delivered: 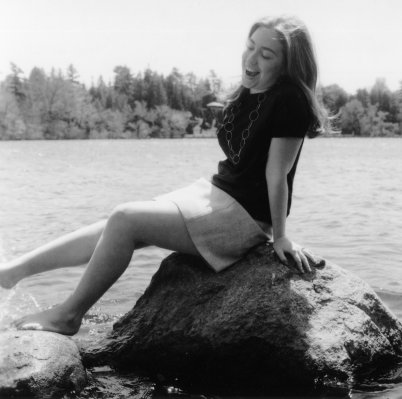 See Rare Photos of a Young Hillary Clinton
Next Up: Editor's Pick