Why Bill's Love Message to Hillary Should Have Addressed Monica

Tuesday night, in the first “First Lady” convention speech delivered by a potential First Husband, Bill Clinton told the country a love story: he met a “girl” at Yale Law School, pursued her doggedly, proposing three times and even, in a Nicholas Sparks-ian twist, snap-purchasing a house she admired. It was endearing, seeing a former leader of the free world paint himself the lovelorn fool, and on such a grand stage. But now that that “girl” is the first woman in American history to win a major political party’s presidential nomination, I wish he’d humbled himself even more. We all know Bill Clinton is not quite Ryan Gosling in The Notebook, and his version of the love story left out a few key chapters: notably, those in which he faltered and was unfaithful.

In leading with the couple’s “story of us,” and telling it in detailed, chronological order, President Clinton created an elephant in the convention hall, not to mention in my living room and on Twitter. As Buzzfeed’s Andrew Kaczynski noted: “Bill is skipping some things that happened between 1995-1998.” When President Clinton said, after the Yale Law-themed opening part of his speech, that he and Hillary have “been walking and talking and laughing together ever since,” I couldn’t help but think: “Except for that time your intern went down on you.” When he said: “you should elect her because she’ll never quit when the going gets tough. She’ll never quit on you,” I really wanted him to add: “Like she never quit on me, even when I probably deserved it.” As it were, the only potential reference to his infidelity in the speech came when he said the couple has been together, “in good times and bad, through joy and heartbreak.”

Call me crazy for suggesting President Clinton bring up his scandalous past. Doing so surely could have seized the headlines and distracted from the significance of a huge, historic night. (Ironically enough, photos of Mr. Clinton dominated newspaper front pages today anyway, rather than those of his wife). It could have led to opponents unfairly blaming Hillary for her husband’s failings. The only problem is: people are already blaming her. They are already attacking and questioning her feminism and her character for standing by her husband, accusing her of helping in his strategic responses to allegations of affairs.

She is branded guilty by association. Donald Trump frequently slams her on the campaign trail as a “nasty, mean enabler” of former President Clinton’s behavior, comments that can feel rich coming from someone who is also accused of infidelity and impropriety. (For my money, Hillary Clinton is slammed more for her husband’s marital mistakes than Trump is for fathering children with three different women, which might be considered a mortal sin for a woman.) A top Trump aide has said Hillary “enabled sexual predation in her own home.” “Yes, Hillary was an enabler,” blared The National Review. Last year, before the 2016 race heated up, Republican National Committee Chairman Reince Priebus said Bill Clinton’s personal life would be “fair game.” Last week, Bill Clinton t-shirts emblazoned with the word RAPE were on sale at the Republican National Convention.

Who better to respond, or shift the narrative, than Bill himself? As his mistakes continue to haunt her, shouldn’t President Clinton take some of the heat that is perpetually directed Hillary’s way? Doesn’t she deserve that—if not for 1998 alone?

President Clinton’s DNC speech wasn’t all fluffy love stuff; it turned into a powerful testimonial for Hillary as a lifelong social justice warrior, working on behalf of abused and disabled children and fighting school segregation long before anyone was looking. President Clinton stressed that it was he who followed her into public service, not the other way around (an impactful point for all of those who accuse her of riding his coattails). I’m not suggesting that somewhere in the midst of those vitally important progressive policy points that Clinton re-enact his old 90’s-era Monica Lewinsky apology, or even speak about his scandalous past at length. But a well-timed point, even if brief and broad, about his wife’s affirming loyalty or unflailing support during “difficult times” might have spoken volumes. It wouldn’t have killed him, but it might have helped her. 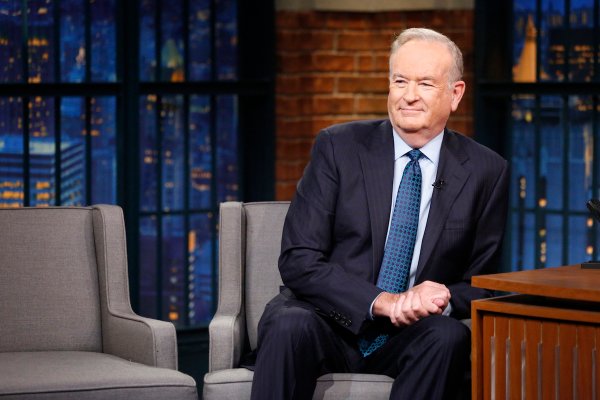 Bill O'Reilly's Comment on Slaves Who Built White House Has a Long History
Next Up: Editor's Pick