The Secret of How Hypnosis Really Works

When Dr. David Spiegel emerged from a three-hour shoulder surgery in 1972, he didn’t use any pain meds to recover. Instead, he hypnotized himself. It worked—to the surprise of everyone but Dr. Spiegel, who has studied hypnosis, a state of highly focused attention and intense concentration, for 45 years. Patient using very little pain medication, he remembers reading from his chart when he snuck a peek. We mustn’t have cut many nerves.

“There’s an incision from the top to the bottom of my shoulder, so they cut plenty of nerves,” Spiegel says now. “I was just handling the pain myself.”

Being hypnotized feels like what happens when you become so absorbed in a movie that you forget you’re watching one at all, like you have entered an imagined world, Spiegel says. This trance-like state, in which you’re more open and suggestible than usual, can be an effective tool to control pain, ease anxiety, quit smoking and deal with stress, trauma and even hot flashes, research shows. How it does that is what Spiegel, professor and associate chair of psychiatry and behavioral sciences at the Stanford University School of Medicine, and his colleagues wanted to find out in their new study published in the journal Cerebral Cortex.

“This isn’t just some weird parlor trick,” he says. “It’s a way we use our brains that’s different.”

In the study, Spiegel and his colleagues screened about 500 people in search of the most hypnotizable. The ability to be hypnotized is a highly stable trait—like IQ, Spiegel says—that can be tested by a hypnosis practitioner in a five-minute mini-hypnosis session. Not everyone can be hypnotized, but two thirds of adults can, and people who are easily hypnotized tend to be more trusting of others, more intuitive and more likely to get so caught up in a good movie or play that they forget they’re watching one, Spiegel explains. “They tend to be less insistent on logic and order and more experiential—they like using their imaginations. They find it fun.”

The team chose 36 people who were highly hypnotizable, and 21 people with low hypnotizability served as the controls. Everyone was then given a series of fMRI scans during several different conditions: at rest, while recalling a memory and during two bouts of hypnotism.

Three interesting things happened in the brain—but only in the highly hypnotizable group, while they were being hypnotized. The researchers saw a drop in activity in the dorsal anterior cingulate, part of the salience network of the brain. “It’s a context decoder: a part that alerts you to what you should attend to and what you can ignore,” Spiegel says. This part of the brain, which fires up when there’s something to worry about, actually simmers down during hypnosis.

The second change was that certain parts of the brain began syncing up in their connectivity. “They fire together, basically,” Spigel says. This was true of the part of the brain where you plan things and carry out routines—the dorsolateral prefrontal cortex—and the insula, a part of the brain that helps regulate body functions, like increasing blood pressure and heart rate. This suggests that “your brain in hypnosis is intensifying its connection to your body,” Spiegel says.

Meanwhile, other brain areas became less connected. The researchers saw more of a disconnect between that same region of planning and routines, the dorsolateral prefrontal cortex, and a part of the brain characterized by self-reflection. “One thing you see in hypnosis is that people tend to do things but not reflect on their doing it,” Spiegel says. “That’s why sometimes people will do embarrassing or silly things in staged hypnosis shows—they’re not thinking about themselves doing it, they’re just doing it.”

Taken together, these changes help explain how hypnosis can have powerful effects, including tamping down stress, anxiety, pain and self-consciousness. Spiegel believes that the practice can—and should—be used instead of painkillers in many cases. His own previous research has shown that when people in pain are taught self-hypnosis, they use half the pain medication and had half the pain than those who were just given access to opioids. “Now that we realize the addiction potential of opiates is very high, it’s potentially a very valuable alternative, and it’s a shame that we’re not making better use of it,” he says.

More needs to be learned about hypnosis in order to harness its potential effects—and for that, researchers need to take it seriously, Spiegel says. “If opiates affect certain regions of the brain like the dorsal anterior cingulate and some other brain regions, there’s no reason why we can’t use a different approach to produce similar effects in the brain that are real effects that reduce pain and anxiety and help people stop smoking,” he says.

“It’s a real-deal treatment that should be given the same respect that a lot of other treatments we use that are sometimes less efficacious and more dangerous.” 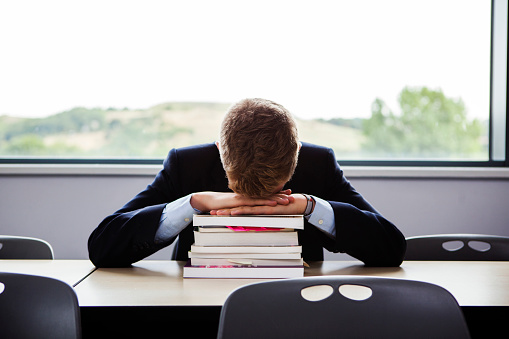 How to Keep Your Desk Job From Killing You
Next Up: Editor's Pick