On the Democratic convention stage Monday, disability rights advocate Anastasia Somoza said that she and other Americans with disabilities “often feel invisible.”

Along with Somoza, delegates heard from Dynah Haubert, a lawyer who works for a disability rights organization; Ryan Moore, a Nebraska man with a form of dwarfism; and former Iowa Sen. Tom Harkin, who memorably taught the crowd the sign language for “America” that he learned from his deaf brother. They celebrated the 26th anniversary of the Americans with Disabilities Act.

And they approved a platform with 35 mentions of disability rights in 19 separate sections. Tony Coelho, a former Democratic whip in the House, told TIME, “We’ve never had that before. And that’s because of Hillary and her people.”

Harkin agreed. “Never has the issue of disability rights and inclusion been this prominent in a national convention,” he told TIME.

The connections were often personal. Somoza worked on Clinton’s 2000 Senate campaign and interned in her Senate office. Moore, 29, met Clinton when he was 7 years old at a health care event and kept in touch over the years. And Haubert spoke about Clinton’s work with disabled children at the Children’s Defense Fund.

But there was a political reason for the focus on disability rights as well. Republican nominee Donald Trump’s mocking of a New York Times reporter in November who suffers from a congenital joint condition has given Democrats a way to paint Trump as unsympathetic and even cruel. Video of the incident was shown from monitors at the convention at points.

“Donald Trump has shown us who he really is and I honestly feel bad for anyone with that much hate in their heart,” Somoza told the crowd. “Donald Trump doesn’t see me, he doesn’t hear me and he definitely doesn’t speak for me.”

In June, a super PAC backing Clinton launched a $20 million ad campaign in seven swing states highlighting the remarks and featuring a response from parents of a girl born with a spinal birth defect. A strategist for Priorities USA told the Wall Street Journal the mocking showed “proof that he lacks the character” to be President.

Disability rights advocates understand the politics at work. “Donald Trump mocking the reporter from the New York Times is something the Clinton campaign has decided is an important issue for them,” said Andy Imparato, executive director of the Association of University Centers on Disabilities. “Having people with disabilities take on Trump is an effective strategy for Secretary Clinton. But I’m hoping that it’s more than that.”

But more than raising character issues, voters with disabilities are also a potential source of support. A 2013 survey showed a bipartisan community made up of roughly the same percentages of Democrats, Republicans and independents as the general public, though their turnout rate is lower in part due to problems voting.

The convention gave some advocates hope that things could be changing.

Imparato, who worked for Harkin in the Senate, said the Democratic convention will be the moment people saw Americans with disabilities become a major political force in the party. Before this week, “my feeling is we were invisible,” Imparato said. “There are things happening this week that I’ve never seen in the time I’ve been doing this work.” 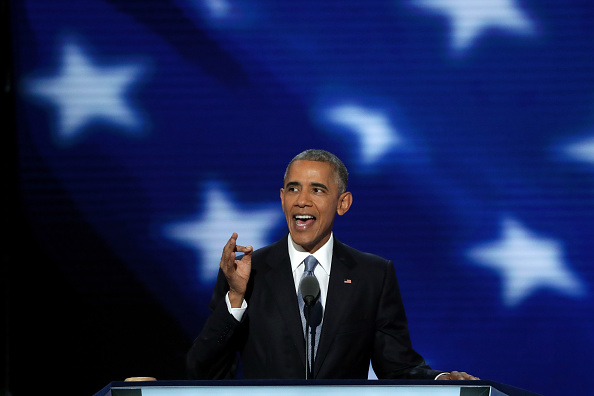 Read President Obama's Speech at the Democratic Convention
Next Up: Editor's Pick