After Michelle Obama looked to American history Monday night at the Democratic National Convention, when she spoke of what’s it’s like for her to live “in a house that was built by slaves,” Bill O’Reilly had a reaction that likewise looked to history—but not in the same way. The host of The O’Reilly Factor said on Tuesday that though the First Lady was “essentially correct,” the slaves who worked on building the White House, he said, were “well-fed and had decent lodgings.” He followed that up on Wednesday by emphasizing that she was correct and he was merely providing extra facts about that moment in time.

Whether or not his facts were right—as the New York Times points out, records do show those slaves were fed pork and bread, but that may or may not have meant they were well fed—the statements drew quick reactions from observers like Shonda Rhimes, who, among many others, tweeted about how O’Reilly’s comments were irrelevant. Talking about food and lodgings, they reminded audiences, is missing the point when the matter is one of human beings who are treated like property.

But O’Reilly’s comments might not have surprised anyone familiar with the history in question.

As Edward L. Ayers, President Emeritus of the University of Richmond, explains to TIME, the idea that people in slavery in America were well-fed and cared for is one of the oldest rationalizations of the nation’s history of slavery.

To understand how it came to be, Ayers says, look back to the 1830s, “a pivotal moment for American slavery.” At that moment in time, it began to seem possible that slavery might be on its way out: Nat Turner’s Rebellion in 1831 scared slaveholders, Virginia considered freeing slaves in the state and radical abolitionists, who wanted to end slavery immediately, began to attract more national attention. At the same time, however, the economics of slavery were changing: with the spread of the cotton gin, the main cash crop associated with slavery became many times more valuable to plantation owners, which meant that the slaves who did the labor were more valuable too. Those who benefited from the system had all the more reason to seek its continuation, and all the more reason to worry that wouldn’t happen.

So the people who wanted to keep slavery around had to figure out a way to defend it as a positive good, especially against those who had moral, not economic, arguments. One defense was religious, pointing out that being enslaved had introduced people to Christianity. The other main defense was that American slaves were better off, in terms of living conditions, than they would have been in Africa or in another slave society. The idea was exemplified by people like Thomas R. Dew, who wrote in 1832 that “A merrier being does not exist on the face of the globe, than the negro slave of the United States” and that “the slaves of a good master” were “accustomed to look up to him as their supporter, director and defender.” (Even in his own time, Dew’s arguments were fiercely disputed.)

“When the pro-slavery defense crystallized,” Ayers says, “the material welfare of the enslaved people in the United States was always held up as the example of its benign nature.”

That so-called welfare wasn’t the defense that slavery’s boosters thought it was. For example, if slaves in the U.S. lived longer than slaves in other places, that wasn’t a sign that slavery was a benevolent institution. It was a sign that the economics of cotton were such that, as Ayers puts it, “it wasn’t worth working someone to death.” And, as historian Caleb McDaniel pointed out on Wednesday, “modest gains in enslaved people’s living conditions, food [and] housing, were won in struggle, not given freely.”

But the material-welfare argument endured even beyond the end of the institution itself—if not as a justification, once the practice was abolished, as a footnote that seemed, to some, to mitigate an evil. And so, in that sense, it’s not really shocking to see the idea make headlines more than a century later. “If you take a plantation tour, they often say, ‘Well, here the slaves were well taken care of,'” Ayers notes wryly. “This place is always an exception.”

Not that it would really matter.

“No matter how materially adequate [slavery] might have been, in terms of nutrition or whatever,” Ayers says, “you could wake up any day and your children could be sold.” 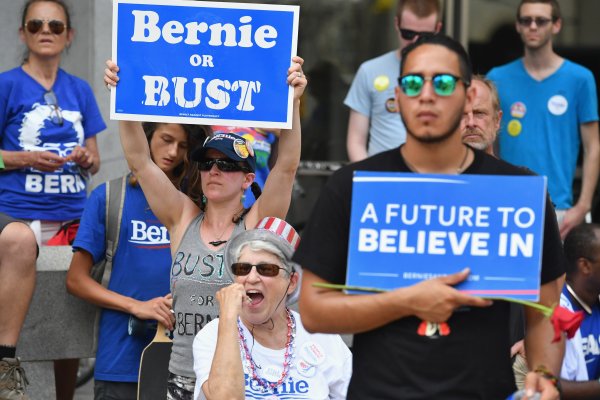 The Myth of the Undecided Voter
Next Up: Editor's Pick